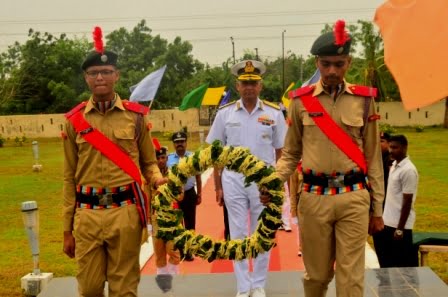 During his visit to the Sainik School on Thursday, Jain praised the level of motivation of the cadets and advised them to make the best use of the available resources at the school. He also encouraged them to join the Armed Forces in large numbers to bring glory for Odisha.  He assured the school fraternity to extend all necessary support and to ensure that the Sainik School rises to greater heights in the coming days.

On the occasion, Jain inaugurated an ‘Obstacle Course’ for the cadets’ SSB training and other important venues of the school.

Jain is the alumnus of the Sainik School Rewa, NDA Pune, the Defence Services Staff College, Wellington, Ooty, College of Naval Warfare Mumbai, and the National Defence College Pretoria, South Africa.  He was commissioned to the Indian Navy on October 1, 1982.