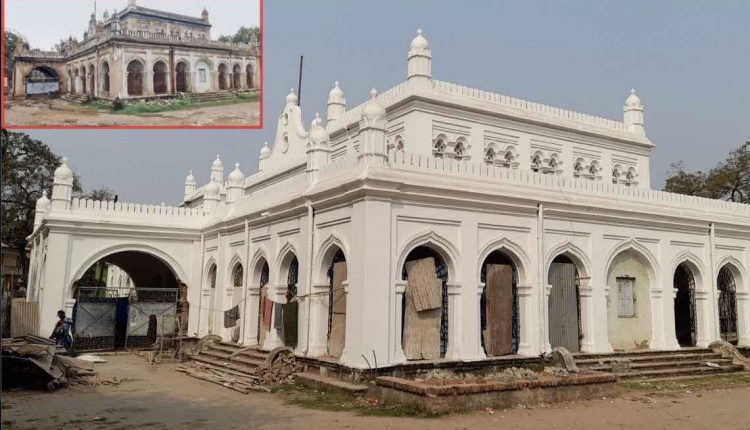 Sambalpur: The century-old Victoria Town Hall here will be developed into a museum by December this year to showcase the life, tradition and culture of western Odisha. It was renovated by the Indian National Trust for Art and Cultural Heritage (INTACH) recently at an estimated cost of Rs 1.24 crore. The work was supposed to have been completed by July last year but got delayed due to the second wave of COVID.

INTACH, which has been entrusted with the responsibility of collecting the articles for the proposed museum is busy sourcing them at present. “The renovation work of the Victoria Town Hall building was completed around three months back,” Deepak Panda, member of INTACH, Sambalpur chapter told The New Indian Express (TNIE), adding that some other works in the surroundings of the building besides the electrical wiring are underway.

Among the articles to be showcased in the museum are old Sambalpuri saree designs, traditional loom, ornaments and musical instruments of western Odisha apart from household items and articles used in games of the region which are on the verge of extinction. Recovered old artefacts of the region will also be showcased at the facility. A loom has already been procured for the upcoming museum.

“We have urged people to contribute to the museum. If they have any article or piece of history, they can reach out to us. The museum will be handed over to the government by December this year. For the heritage building, kings, zamindars and businessmen had contributed `9,417 way back in 1902,” Panda was quoted as saying.

The foundation of Victoria Town Hall, designed by JB Leven Thorpey was laid in 1902. It was inaugurated in 1904 by the Chief Commissioner of Central  Province, JP Hewety. It was initially named Victoria Hall but later renamed VSS Town Hall after Independence. The British government, kings, landlords and businessmen of the region had contributed funds. The Zilla School, Women’s College and erstwhile Trust Fund College, once operated from the building.