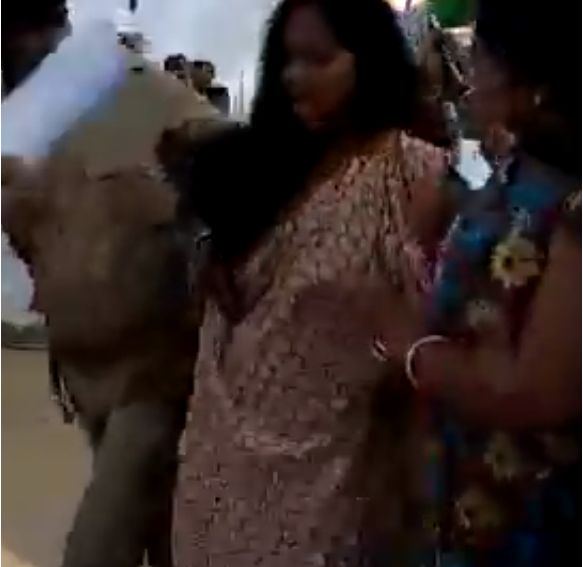 Balasore:  A woman, identified to be wife of a local BJP worker, on Wednesday hurled eggs at Chief Minister Naveen Patnaik while he was delivering his speech at the inaugural function of Talasari beach festival at Bhogarai about 90 km from here.

Around 3 pm, when Naveen was about to wrap up his address Mita Kamila (42) caught the security personnel unawares and threw three eggs from behind a barricade erected around 15 metres from the stage. The eggs fell short of the target and landed few feet away from the Chief Minister, sparking public reaction.  Higher education minister and local MLA Ananta Das, Jaleswar MLA Aswini Patra and Balasore Collector Ramesh Chandra Rout were also present on stage.

Police quickly nabbed Kamila, wife of Dillip Kamila who is believed to be a BJP cadre, and whisked her away from the venue, but not before some people in the crowd heckled the woman. Kamila is said to have got injured in the melee and underwent treatment at a local hospital. Police sources said she has been booked under sections 307 (attempt to murder) and 506 (criminal intimidation) of IPC and is being interrogated. On Tuesday, police had taken Dillip and around 40 other BJP and Congress leaders in preventive custody, ahead of CM’s visit.

The incident, an indicator of growing bitterness between the ruling BJD and the opposition BJP, brought back memories of the egg attack by Congress activists on Naveen’s cavalcade in Bhubaneswar in February 2015. The incident had then triggered much debate.

Balasore SP Niti Sekhar denied allegations that police had beaten up Kamila and said certain people in the crowd heckled her. “She has been given necessary medical treatment following her arrest,” the SP said.

The BJD condemned the incident, saying it was an insult to the spirit of democracy. “It was a programme graced by the Chief Minister, not a party event. Those who treat a government programme like a political event have a sick mind. Civilised society cannot accept it. The BJP leadership should come forward to ensure that their cadres don’t indulge in such acts,” BJD secretary Bijay Nayak said, in a press statement.

The BJP tried to turn the heat on the BJD by alleging that ruling party members had beaten up Kamila and attempted to disrobe her. “People of Odisha will not tolerate such violence against a woman in the presence of the Chief Minister,” BJP state secretary Lekhashree Samantasinghar said.