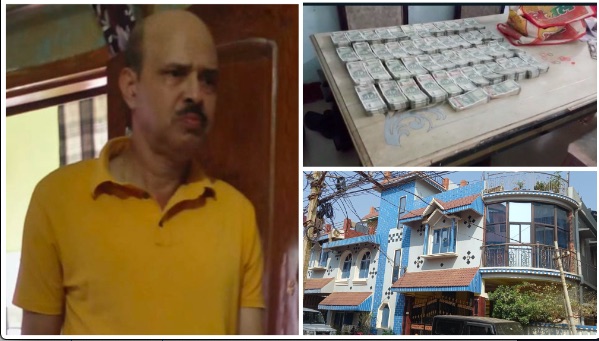 On Tuesday, another Rs 2 lakh was recovered during searches at his official residence at Udala, taking the total to Rs 28.9 lakh.

According to official sources, huge movable and immovable assets have been unearthed in the names of Panda and his family members.

It is pertinent to mention here that Rabinarayan Panda is being questioned to ascertain the source of the assets.

The overall evaluation is also likely to increase as Vigilance sleuths are expected to open a bank locker on Tuesday. Though the vigilance officers found at least a dozen costly wristwatches with Panda’s son, those have not been seized yet.

Meanwhile, Gopinath Swain, Soumit’s father-in-law, told the media that the cash seized from his house belong to a friend, who had kept it with him to purchase land. “We have documents to substantiate our claim,” he said.

Notably, the raids were conducted at eight places in Bhubaneswar, Kendrapada, and Udala, Mayurbhanj on Monday.

A few days ago, an additional chief engineer of the RWSS was arrested by the vigilance for amassing huge disproportionate assets