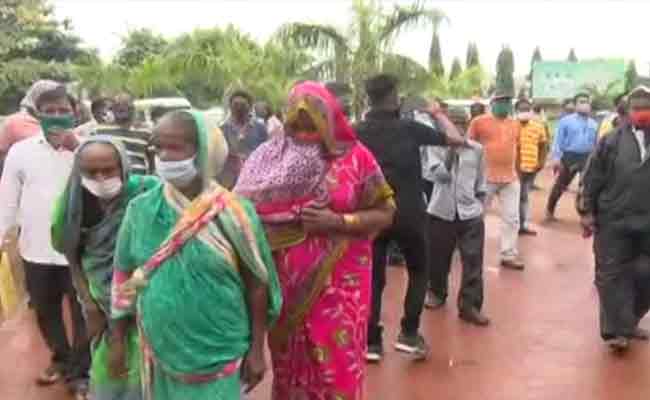 Khurda: The residents of four villages in Khurda district met the collector on Saturday and lodged a complaint against Odisha Television Ltd (OTV) for alleged land obstruction.

In the complaint, the villagers of Kari, Sarua, Jayamangala and Goudaputa said OTV authorities had purchased land in their villages some years ago and constructed boundary wall, houses, ponds and roads. But the company is now not allowing them to go to their fields.

The villagers also alleged that whenever they sought redressal of their grievances, goons hired by OTV MD Jagi Mangat Panda had threatened them with dire consequences. They also accused the OTV MD’s father and brother, who are staying at the newly built house, of threatening them. 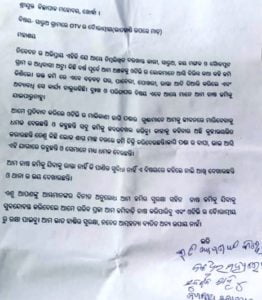 Seeking the collector’s urgent intervention in the matter, the villagers threatened to commit suicide if their grievances were not addressed at the earliest.

However, Aniruddha Panda, who is appointed by OTV as site in-charge, refuted the villagers’ allegations. Panda said there is neither any forcible occupation of land nor the road to the fields is blocked.

Maintaining that the land was purchased in accordance with the law, he claimed that some people with vested interest were trying to malign OTV.

Referring to the complaint lodged by the villages, Additional District Magistrate (Khurda) Manoj Padhi said no one can obstruct passage to any land.

Padhi said the administration will investigate the allegations. If any irregularity is found then action will be taken under Section 133 of the Public Nuisance Act, he added.

He also said that the police will probe into the villagers’ complaint of being threatened by OTV and initiate appropriate action.

Schools Reopening When & Where Amid Rising Coronavirus Cases

13 From Odisha’s Khurda Were Also At ‘Corona…

Odisha On COVID-19 Alert: Tourist Spots In & Around…