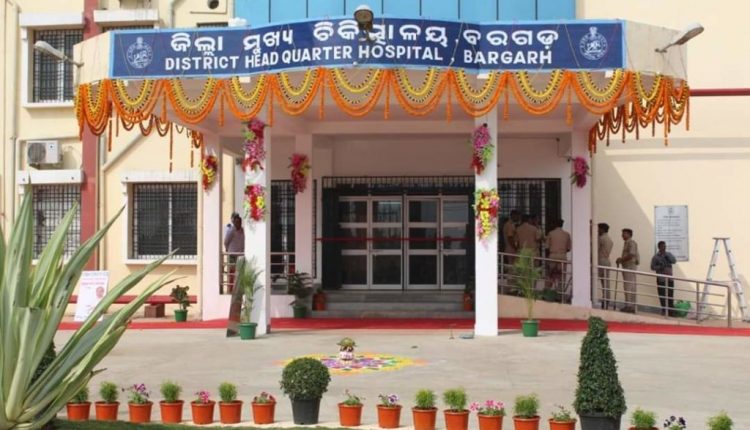 Bargarh: The villagers around the newly set up district headquarters hospital (DHH) have raised a strong opposition against release of the hospital waster to their village pond.

The villagers of Tukurla, where the new building of DHH is located, alleged that the hospital has been releasing its waste water to their village pond. Since they use the water of the pond for bathing and irrigating the crop field, they feared that its water contaminated by toxic discharge from the DHH will not only damage the crops but also cause infectious diseases.

They claimed that though they had drawn the attention of DHH authorities to contamination of their pond, no remedial step was taken by them. In order to put pressure on the DHH authorities, Tukurla villagers locked up its main gate on Tuesday.

As the services of the 300-bed hospital were affected by the villagers’ protest which continued for over an hour, the DHH authorities held a discussion with them to resolve the issue.

The villagers called off their agitation and opened the gate after the hospital officials assured them of taking urgent steps to stop the waste water from flowing into the village pond.

Chief District Medical Officer of Bargarh BB Meher said safety measures for safe disposal of the wastewater of the hospital is in place. It flows to a concrete tank through pipelines and is pumped out from there into a pit.

But, the wastewater flowed into the Tukurla pond after some of the pipes of the hospital broke, he added. “We have apprised the officials concerned of the problem and it will be resolved soon,” India Today quoted him as saying.

It may be noted that the DHH was shifted to the new building at Tukurla, nearly 12 km from Bargarh town, despite the opposition of the locals for its long distance from the town. Chief minister Naveen Patnaik inaugurated it on January 21, 2020.