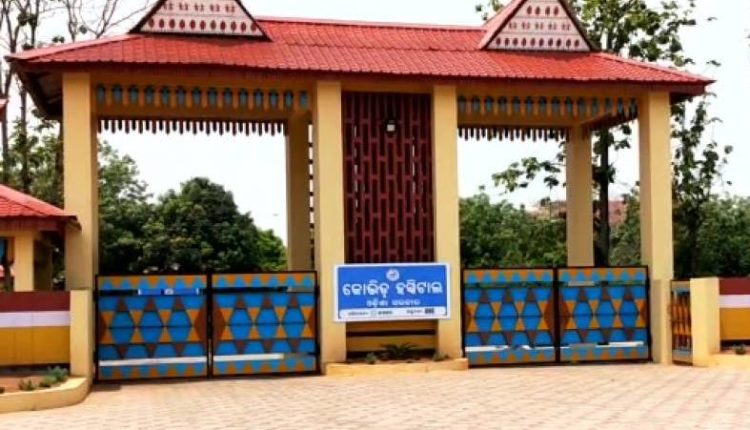 Baripada/Bhubaneswar: A day after the pitiable condition of patients in a COVID hospital at Banikisole near Baripada in Mayurbhanj district went viral on social media, a delegation of BJP MLAs of Mayurbhanj district on Tuesday met Collector Vineet Bhardwaj and submitted a memorandum.

The delegation, led by the district BJP president Kandara Soren met the collector at his office and submitted a memorandum demanding a thorough investigation into the incident and stern action against the guilty.

The other members of the delegation who met the collector are Baripada MLA Prakesh Soren, Saraskana MLA Budhan Murmu and Udala MLA Bhaskar Madhei.

Meanwhile, acting on the media report and the video clip shared on social media, the district collector had visited the COVID hospital at Bankisole last night for an on-the-spot investigation.

Speaking to reporters after his visit, he said neither and video clip nor the media report has authenticity.

“The patients at the hospital are being properly looked after by the doctors and the health workers and the patients have expressed satisfaction over the treatment,” he added.

Briefing the media in Bhubaneswar earlier in the day, Director Medical Education and Training (DMET) CBK Mohanty said as media brought this incident to light, the incident warrants an investigation.

“The district administration, which is now investigating the incident, has the entire responsibility to oversee the management of COVID hospitals and it will take necessary steps the take the guilty to task,” Mohanty added.

Odisha To Receive Vaccines For 18-44 Age Group Next Week

Monsoon Most Likely To Be Above Normal In Odisha In June: IMD