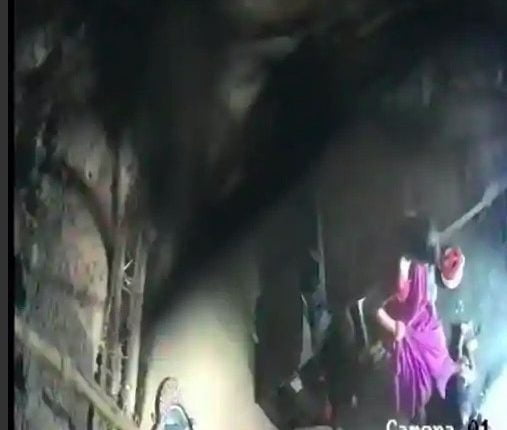 Puri: A woman has been booked for allegedly thrashing her 15-month-old son and mother-in-law.

Puri SP Akhileswar Singh said that a case has been registered against Rojalin Nayak on the basis of CCTV footage submitted by her husband Chakradhar Nayak in which she is seen kicking her son and also thrashing her mother-in-law.

“She will soon be arrested,” Singh added.

According to sources, Chakradhar had installed CCTV cameras in his house after he got to know that his wife would often beat up his elderly parents. He later put up a video clip of the incident on social media. He runs a small shop in Bhubaneswar.

He claimed that he had to lay this trap as police earlier did not act on his complaint.

The accused woman, however, alleged that her husband was neither taking care of her nor providing her food.