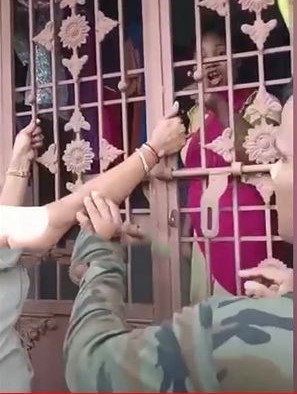 Gajapati: Excise officials, who had gone to arrest a woman for allegedly selling liquor in her house, had to return empty-handed as she put up a strong opposition to the raid in Odisha’s Gajapati district.

A video, which has gone viral on the incident in Mohana block, shows the Excise sleuths facing an unrelented opposition from the woman, who works in a theatre company, after they arrived at her house for conducting the raid.

“As soon as we arrived at her house to carry out the raided with the help of local police, the woman threatened to attack us with a sharp object. When our officials tried to confront her, she abused them. She even threatened to commit suicide by consuming pesticide and live stream it on Facebook.” Sahoo said.

The Excise officials had to return back as no woman officer had accompanied the team. However, they would return with lady officers to arrest the woman, Shaoo said.