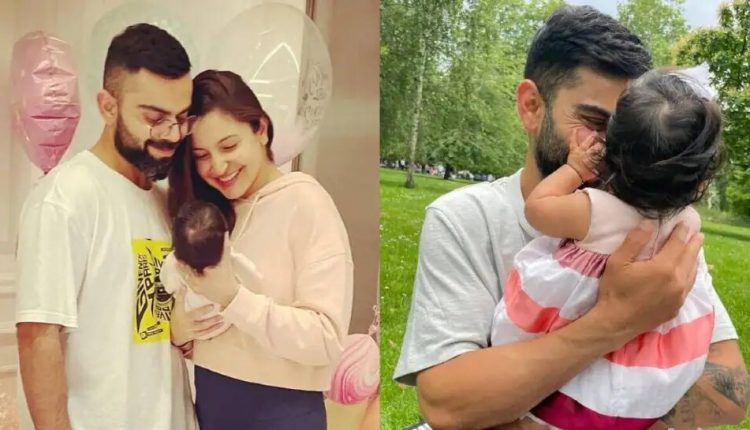 New Delhi: Indian skipper Virat Kohli and his wife, Anushka Sharma have once again requested the media to respect the privacy of their daughter Vamika. Several photos of the mother and daughter cheering Virat as he played against South Africa in Cape Town have gone viral.

The couple has guarded their daughter’s privacy since she was born on January 11, 2021. They haven’t shared a full image of her as of yet.

Fans are also unhappy and demanded that the social media posts with little Vamika be deleted.

On Monday, January 24, Anushka Sharma and Virat Kohli issued an official statement. It could be read, “Hi guys! We realise that our daughters images were captured at the stadium yesterday and widely shared thereafter. We want to inform everyone that we were caught off guard and didn’t know that a camera was on us. Our stance and request on the matter stays the same. We would really appreciate if Vamika’s images are not clicked/published for reasons we have explained earlier. Thank you! (sic).” A few days back, the celebrity couple had revealed why they request privacy for Vamika. In an official statement, Anushka and Virat had stated, “We have decided as a couple to not expose our child to social media before she has an understanding of what social media is and can make her own choice.”