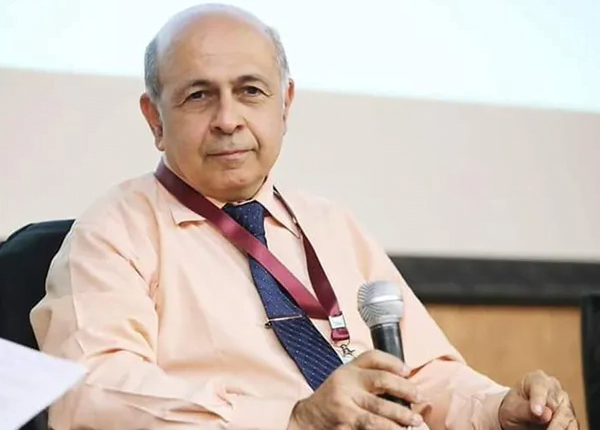 Bhubaneswar: The voice of Indian football. A football encyclopedia.

This is how football lovers and fans remembered him as they mourned the death of Novy Kapadia on Thursday.

“He was the voice of Indian football,” said fellow commentator Ghaus Mohammad.

Kapadia passed away in New Delhi due to health complications. He was 68. After the death of his sister, Kapadia is not survived by any immediate family member.

Journalist, author and commentator, Kapadia was suffering from a rare motor-neuron disease, causing the nerves in his spine and brain to lose function over time. He had been wheelchair-bound for the last two years and on ventilator for the last one month.

He has authored several books on football, making him an authority on the game. Among them is ‘Barefoot To Boots, The Many Lives Of Indian Football, in which his deep understanding of the game comes across as he traces the history of Indian football.

The book is studded with gems. Kapadia describes how he sneaked out of his grandmother’s funeral in 1965 to watch Mohun Bagan play the Durand Cup quarterfinal against Chief of Inspectorate Lines Bangalore.

He had watched the final of every Durand Cup from 1960 to 2016. He also owned a football club, Ashoka, which played in the Delhi league.