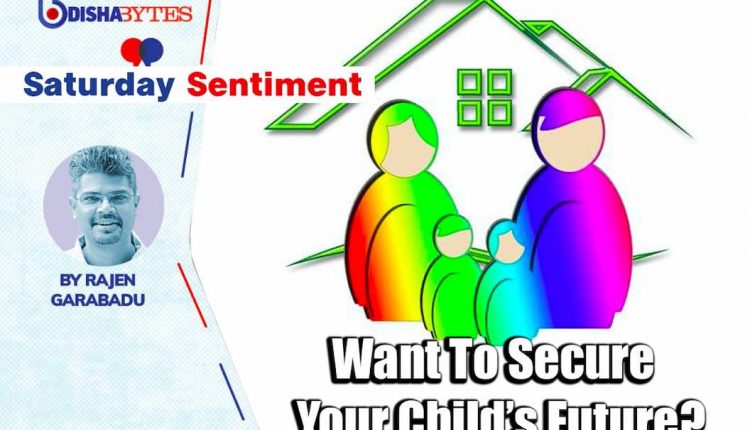 ‘It’s impossible to make it on your own in today’s world without any reference, recommendation or mentor,” said the caller who rang me for the first and only time, more than a decade ago.

He was a senior police officer. We didn’t know each other. He had heard about me and sourced my number. He called, introduced himself and suggested I provide a break to his son who was keen to enter the world of television news production.

I replied ‘Sir, you are speaking to someone who had no contact or connection with any insider at the time of entering this profession. So, please don’t say that.’

I was referring to myself in the third person.

He was an IPS officer. Much senior to me. I did not like what he said. And the manner he chose to have his son inducted into a profession.

I was surprised that an educated senior professional not only thought this way but spoke about it so openly.
I gathered his son was near him during the call and heard what his father said. At a formative age, he would carry the same impression his father had. And most likely pass it to his children when the time comes. ‘What a terrible thing to believe, say and perpetuate to the next generation,’ I thought.

I had no open position to offer his son. And after what I heard, not even the intent to.

I was aware the world we live in is not ideal. I did know that there are many pockets where influence and even intimidation work to get your near or dear one hired. References and recommendations do have a place in hiring. But to make a generic statement that it is impossible to make it without it, is absurd.

I have not recruited a single person because of a connection to a big shot. And I have led a team of a few hundred members for over 15 years. None of my bosses has forced me to hire privileged boys and girls. Sometimes, they’ve forwarded such applications to me. And I’ve judged the candidates on merit.

It’s not that I do not consider those who are referred to me. I certainly do. But only on merit.

On a couple of occasions, I may not have chosen a candidate strictly on merit. Once, I hired a young man from an underprivileged background, referred by an industry veteran. He was a beginner and I took my chance. He turned out to be a competent professional.

Your Takeaway
What the IPS officer said may often occur in a few workplaces. And possibly a few times in many others. But not always – in every case. Why make sweeping statements that cannot be proved?

Those who think like him should at least not propagate it to their children. Else, the children will not even try to make an effort on their own. They will be conditioned to depend on their parents who in turn depend on others to make it happen for them.

When you go down this road, you turn to your parents at every juncture for help. And to bail you out. You get used to it. Because that’s the only way you know.

You have never let your confidence take shape through your own effort. This is not just a perennial cycle but also a trap. Once you get sucked into it, it is difficult to come out.

If you are a parent, is that how you want your children to be?

Encourage them to be confident, independent, and self-made. It will make both you and them proud. ‘It is not what you do for your children, but what you have taught them to do for themselves, that will make them successful human beings.’

Ann Landers
As a parent, it is natural to be concerned for your children and to do everything you can to make their life better. And the best you can do is to make them independent. Let them stumble their way through life’s journey, learn from mistakes, and achieve and accomplish through their own efforts. Nothing more satisfying than that.

Want to secure your child’s future? Think about it next time when you want to help.