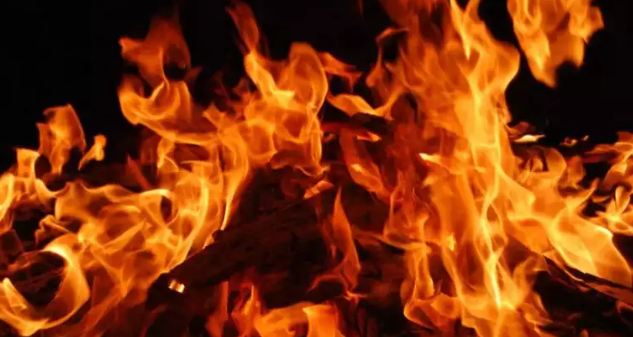 New Delhi: Over 100 houses were on fire at a slum area in Fatasil Ambari area of Guwahati on Friday night. Over 20 fire tenders were rushed to the spot, officials said adding that there were no reports of any injuries so far.

According to officials, several LPG cylinders exploded causing a massive fire in the area. Videos of the scene showed several people watching over dozens of homes engulfed in flames, News18 reported.

Assam Chief Minister Himanta Biswa Sarma directed authorities to provide relief measures including food and shelter to those affected. At least two ministers also rushed to the spot to inspect the scene. The Guwahati Commissioner of Police also reached the spot.