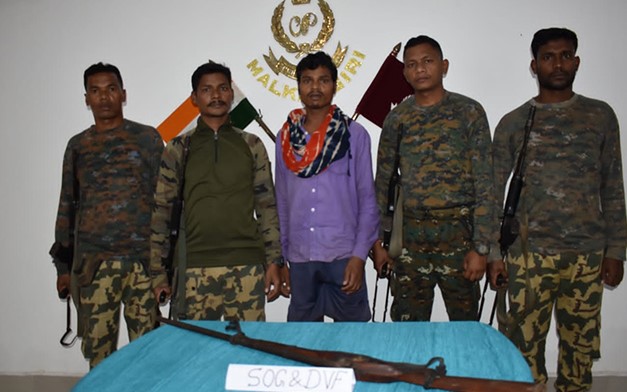 Malkangiri: Security forces nabbed a Maoist leader, wanted in Odisha and Chhattisgarh, in a forest in Malkangiri district on Saturday night.

Speaking to media persons on Sunday, Malkangiri SP said SOG and DVF personnel nabbed Maoist leader Laxman Padiami during a combing operation in Tulasi Hill under Mathili police limits of the district. The security forces have also seized a foreign-made rifle from his possession.

Laxman, who is a Kangerighati area member of the Maoists, was involved in several case of violent and arson in Odisha and Chhattisgarh. The Odisha government had announced a reward of Rs 1 lakh on his head.

The police were interrogating Laxman and combing operation has been intensified in the area where he was nabbed, the SP said.