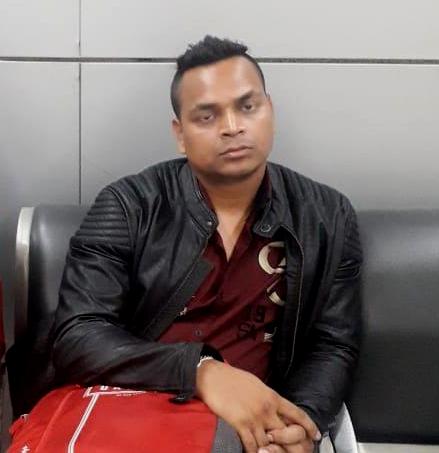 Bhubaneswar: The most-wanted stone mafia of Odisha, Mohammad Tabriz, was arrested from the airport in Kolkata on Tuesday.

Acting on a tipoff by the Special Task Force (STF) of the Odisha Crime Branch, the Bureau of Immigration officials in Netaji Subash Chandra Bose International Airport, Kolkata detained Tabriz while he was on his way to Thailand with his wife.

After he was produced in the SDJM court in Barrackpore by the local police, the STF officials took him into custody from the court and brought to Bhubaneswar on transit remand and forwarded him to the SDJM court in Khurda.

The STF which had issued a lookout circular to all ports of exit in this regard has registered a case under section379/411/420/467/468/471/120(8) and 34 of the IPC, 25 and 27 of the Arms Act relating to the illegal operation of quarries in land belonging to the Shree Jagannath Temple in Khurda.

A native of Krushnanandapur village in Kendrapara district, Tabriz was involved in the illegal blasting building stones from different quarries in Khurda district in collaboration with other accused persons.  He used to threaten local people and rival gang members. He has obtained profits from the illicit business and was leading a lavish life. He used to frequent foreign tourist destinations regularly.