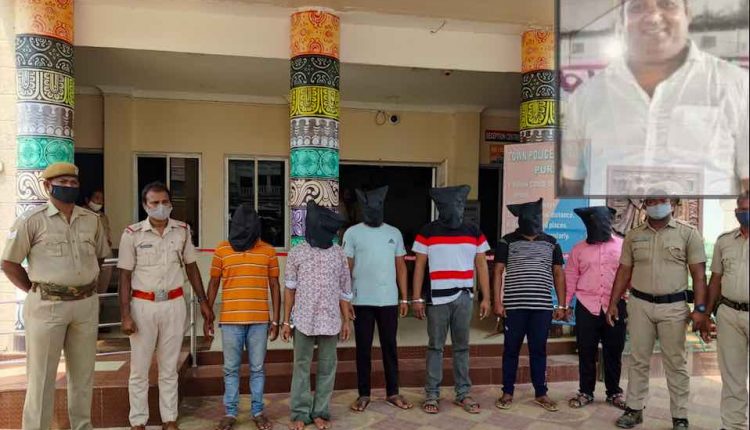 Puri: After a series of detentions that began late Sunday night, Puri police on Monday announced that six persons have been arrested in connection with the murder of Krushna Chandra Pratihari, a senior servitor at the Jagannath Temple here.

“Six persons have been arrested while raids are continuing to nab three three others,” Puri SP Kanwar Vishal Singh said.

He further said that Kalia and Dalgobinda are the main conspirators. “They roped in Kalu Panigrahi, a lodge manager, to execute the crime,” he added.

Singh said that prima facie, the motive seems to be revenge, adding that the accused had earlier made an attempt to kill Pratihari but were unsuccessful.

Singh said Munna Patra allegedly supplied the crime weapon, while Baba Mohapatra was present at the crime spot. Sandeep Jena had arranged the hideouts for the accused.

Police have formed four special teams. While two teams conducted raids in Pipili, Satapada, Brahmagiri and Krushnaprasad, the other two teams carried out seraches in Ganjam, Balasore and Bhadrak.

Pratihari, a former member of the Jagannath Temple Administration managing committee, was shot dead near his house at Barabati Jagaghara under Town Police limits on March 16 over suspected past enmity.

According to sources, two men came on a motorcycle and opened fire on Pratihari. He was rushed to the district headquarters hospital here but was pronounced dead by doctors.

He was killed in the same manner in which former BJD councillor and servitor Taluchha Bhagaban Mohapatra aka Guna Singhari was murdered in August 2012.

Secretary of Suar Mahasuar Nijog (group of priests dealing with the preparation of Mahaprasad), Pratihari was named as the prime conspirator in the case along with five others. He was acquitted by the court of the first additional district judge in Puri on January 20 this year for want of evidence.

In the chargesheet, police alleged Pratihari hired goons to eliminate Singhari due to rivalry over land deals and real estate business.