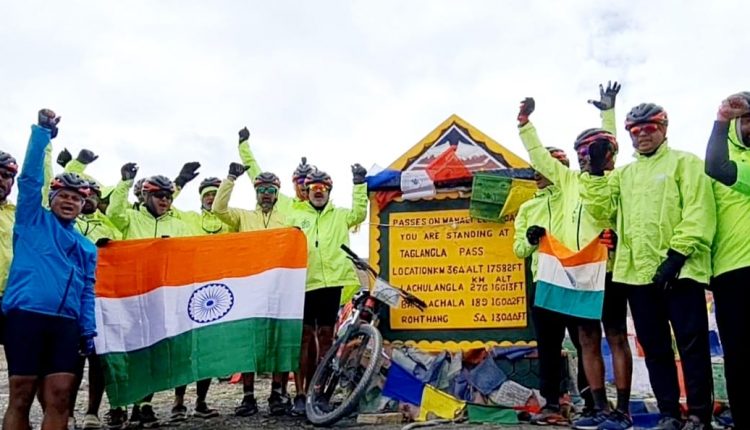 Bhubaneswar: The Bhubaneswar Cycling & Adventure Club members scaled the Tanglang La pass in the Himalayas — one of the toughest peaks of the Manali-Leh-Khardung La (MLK) adventure — on the 8th day of their MLK cycling expedition 2022.

A team of 20 cyclists, under the leadership of Sanjeeb Panda, IPS, ADG (Intelligence), has undertaken a 10-day expedition from Manali to Khardung La in the Himalayas.

The team started from Manali on August 8, and has covered places like Marhi, Sissu, Jispa, Zing Zing Bar, Sarchu, Pang and Debring on way to Leh and Khardung La.

Tanglang La is situated at an altitude of 17,582 feet and has extreme weather round the year. One of the highest motorable passes in the world, there is not enough concentration of oxygen in the air at Tanglang La, which makes it even more challenging for visitors.