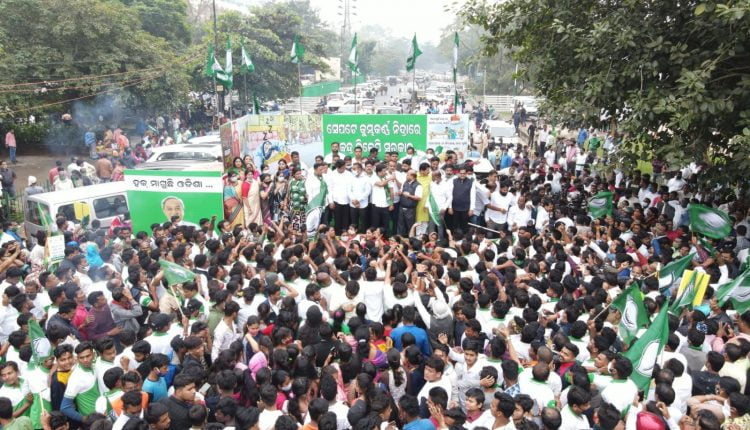 Bhubaneswar: Hundreds of BJD workers took a rally in Bhubaneswar on Thursday protesting the hike in fuel prices and unemployment across the country.

Hundreds of workers took out motorcycle rally from the party office to Power House Chhak and staged a dharna there.

They are demanding immediate roll back in the rising prices of petrol, diesel, cooking gas, and other essential commodities which have shaken up the economic backbone of the common people.

Speaking at the protest rally senior leader Atanu Sabyasachi Nayak said the BJD has always raised issues which have affected the common man. “Over the years the party has been raising voice whenever price affected the middle class and poor. We have also taken our protest to the national capital in the past and these protests will continue till the  Centre cuts down prices of essential commodities,” said Nayak.

Former Minister Snehangini Chhuria said the Centre has betrayed the people by making false promises. People are facing several difficulties due to rise in prices of fuel and other essential commodities amidst the COVID-19 pandemic. Rise in unemployment has just added to their woes, she said. “The Centre should take immediate steps to bring prices the essential commodities under control,” she added.