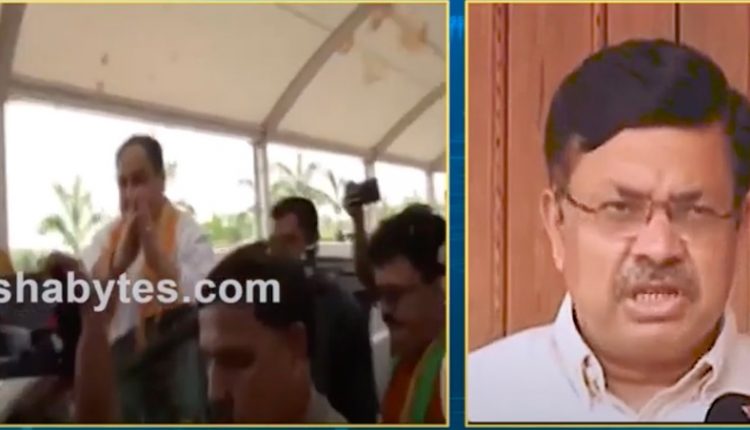 Bhubaneswar: While Amit Shah’s August visit kickstarted BJP’s preparations for ‘Mission 120+’ in 2024, September will see a flurry of activities with three top functionaries of the party, including national president JP Nadda, scheduled to travel to Odisha, the only state which has so far bucked the Narendra Modi wave.

While Nadda’s itinerary has not been finalised, he said Bansal will be coming on a two-day visit beginning September 5 to take stock of the situation.

Harichandan further said that Odisha is a focus state for the saffron party and accordingly strategy is being made both at the political and organisational levels.

This will be the first visit of the national BJP president, whose term ends in January 2023, to Odisha. He had given a date to attend the workshop in July but had to postpone it for some other assignment, sources said.

His earlier plans to visit the state in December 2020 and again in January 2021 for an extensive deliberation with party workers, functionaries and elected representatives could not materialise.

‘Mission 120+’ was Amit Shah’s strategy to bag more than 120 seats in the Odisha Assembly of 147 seats in the 2019 election. The party, however, failed to achieve it as Naveen Patnaik took oath for the fifth term as chief minister of Odisha.

During his August 8 visit, Amit Shah asked state BJP leaders to brace for the 2024 election without wasting time and achieve this goal. He also took stock of the steps taken by the party to strengthen the booth committee after the party’s debacle in urban and panchayat polls.

While claiming that the BJP under the leadership of Prime Minister Narendra Modi will come back to power at the Centre with a two-third majority in the 2024 Lok Sabha elections, he also expressed confidence that the party will form the government in Odisha after the Assembly polls scheduled to be held in the same year.

Notably, Bansal replaced D Purandeswari as in-charge of the Odisha unit of the party, along with West Bengal and Telangana,  soon after Shah’s two-day visit to the state. His appointment was seen as a move by BJP to strengthen the party apparatus in these states, which are being ruled by regional parties, ahead of the 2024 elections.

Bansal was the general secretary (organisation) in Uttar Pradesh and one of the major planners of the party’s win in the UP elections in 2017 and 2022. He also worked closely with Union Minister Dharmendra Pradhan, who is from Odisha, in UP Assembly polls held in February-March, 2022. Dharmendra was the state election in-charge

‘Deprived Of Mother’s Love’: Indrani Mukerjea’s Daughter Moves Court To Live With Her