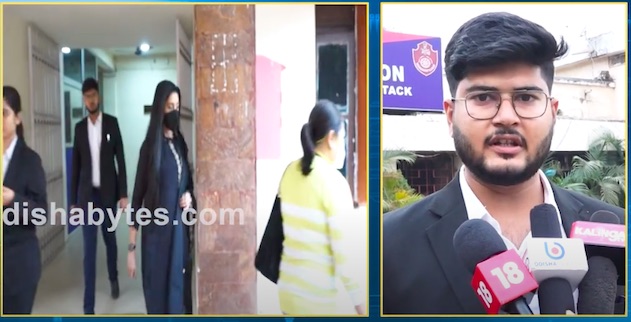 Cuttack: Ollywood actress Varsha Priyadarshini visited the Bhubaneswar DCP office in Odisha capital on Wednesday in connection with the FIR in which a woman accused the actress of duping her of Rs 30,000 on the pretext of getting her a job in a jewellery shop.

Speaking to the media, Varsha’s lawyer Asish Mishra said that this is a false case and part of a bigger conspiracy to defame her. “Varsha had received Rs 30,000 from an unknown account number and the bank manager was initiated about it immediately. The amount was also returned and we would submit this evidence with the IIC of Saheed Nagar police station for a fair and impartial probe,” he said.

He further said that the woman, who has filed the FIR, is a complete stranger to Varsha. “These are attempts to malign her image. We suspect involvement of other people in this conspiracy and the probe should bring them to the fore. We want to know from where she got information about Varsha and her account number,” he added.

Varsha also posted a clarification on her verified social media account following the incident. She said that lies are being peddled against her since 2020 and she has come out of those unscratched. Stating that truth will prevail, the actress further said that these false and baseless accusations have pained her. She also warned her alleged ‘conspirators’ of legal action. 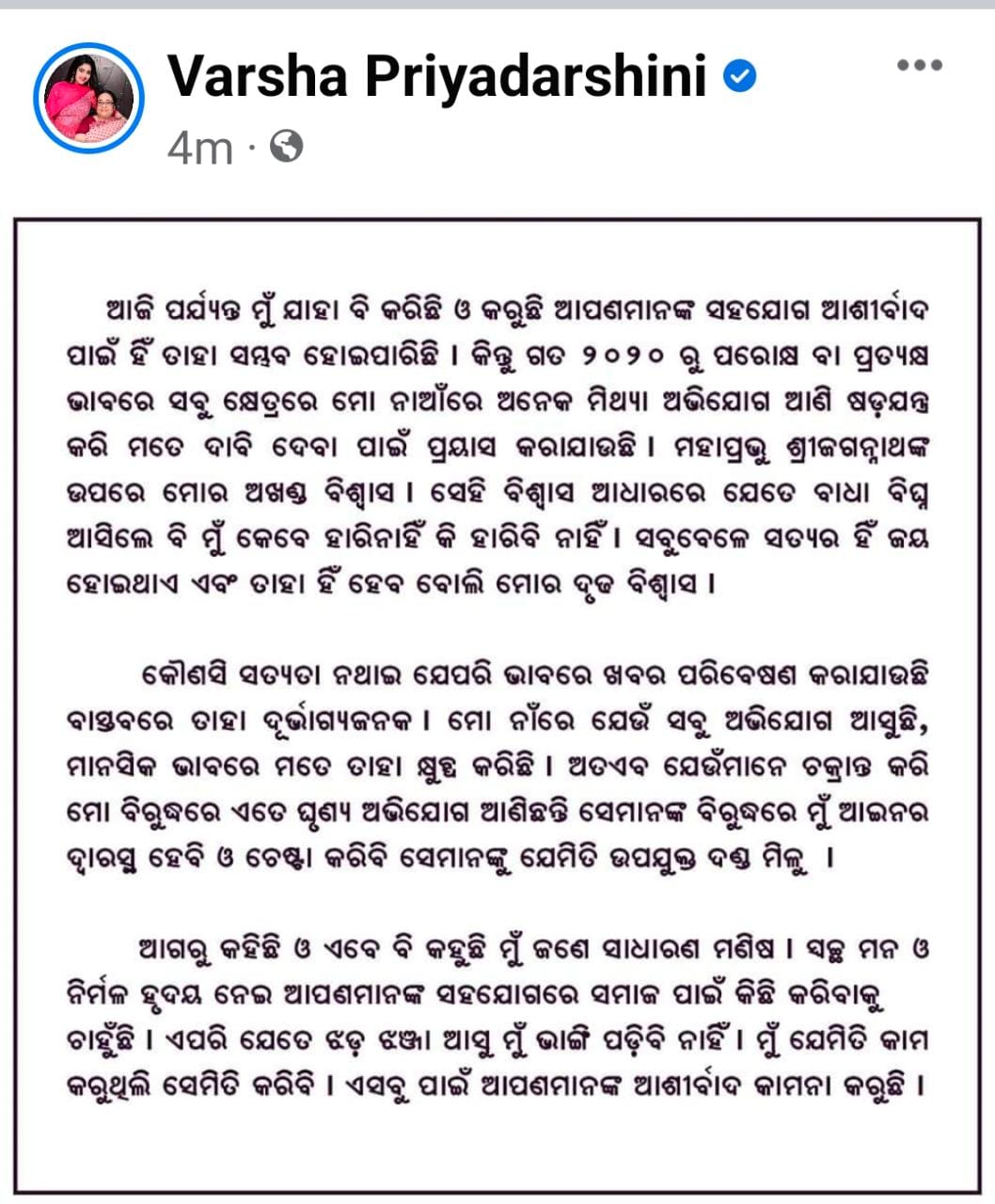 Ntably, Varsha, who is fighting a bitter legal battle with her estranged husband and Kendrapada MP Anubhav Mohanty, had earlier accused the latter of maligning her image on social media.