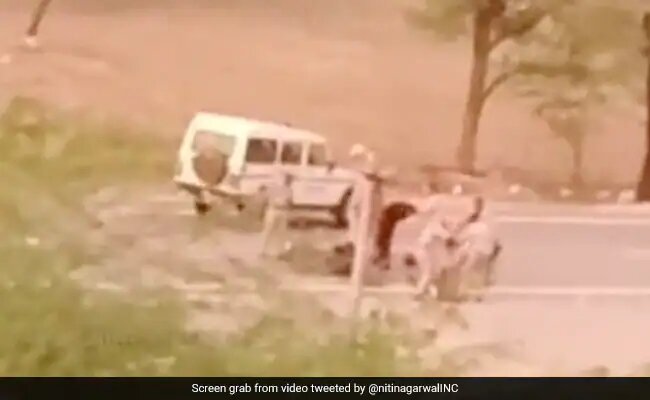 New Delhi:  Two men who murdered a tailor in Rajasthan’s Jaipur on camera in a gruesome terror attack tried to flee from the city on a motorcycle before the police intercepted them.

The tailor, Kanhaiya Lal, 48, was murdered in his shop by two Muslim men over social media posts on Prophet Muhammad. The two men in a video gloating over the murder even threatened Prime Minister Narendra Modi. The country’s frontline anti-terror group National Investigation Agency, or NIA, has taken over the case.

The two men, wearing helmets, sped the bike on a highway on the outskirts of Udaipur as they tried to escape, Rajsamand police chief Sudheer Chaudhary told news agency PTI. A police team guarding a barricade flagged them down. When the two tried to escape, the police overpowered them and arrested them. Congress social media coordinator Nitin Agrawal saw all this and tweeted the video.

Kanhaiya Lal is survived by a wife and two sons, one 18 and the other 20 years old. The state government has announced a compensation of Rs 31 lakh for the family and jobs for both the children.