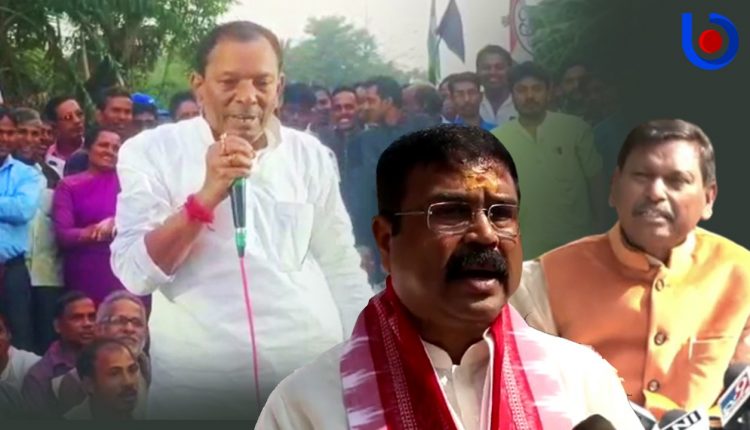 Bhubaneswar: Union Ministers Dharmendra Pradhan and Arjun Munda on Saturday came down heavily on TMC leader Akhil Giri for his comment on President Droupadi Murmu, and demanded his removal from West Bengal ministry.

While launching a stinging attack on Giri, Union Education Minister Dharmendra Pradhan said West Bengal Chief Minister Mamata Banerjee should immediately remove Giri from her ministry if she has some morality left with her.

“The more you condemn it, the less it is. If Mamata Banerjee has little morality left or if she has some faith in democracy, she should immediately sack him (Giri) and apologise to the nation,” Dharmendra said.

Noting that Giri has insulted the first citizen of country in a display of feudal mindset, he said such intolerance and parochial attitude against gender and colour is condemnable in a democracy.

Dubbing Giri’s remarks as an act of insult to a tribal woman, Dharmendra said the manner in which he described the President is unacceptable in a democracy and must be condemned by all.

Voicing similar views, Union Tribal Affairs Minister also condemned the remark of Akhil Giri and demanded that Mamata Banerjee sack him immediately. Banerjee must make it clear as to how her minister could indulge in such act which was not only an insult to the President but also to the whole country.

“It also tarnished the image of India in the international arena. Banerjee should remove Giri from her ministry forthwith and apologise to the nation,” Munda said.

Giri has come under attack from many quarters after a video that went viral showed him making remarks about the President.

How You Can Take Care During Layoffs