How You Can Take Care During Layoffs 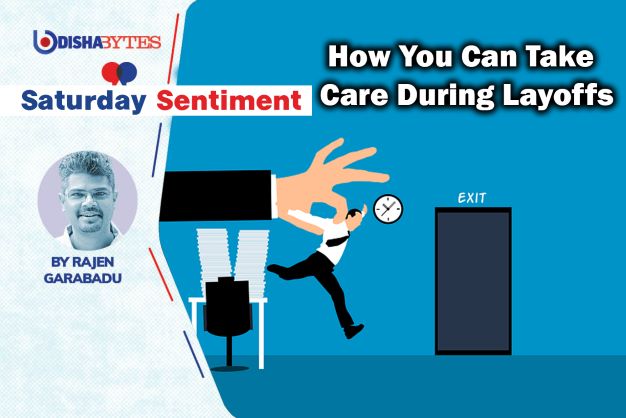 Nine years ago, I had my first brush with layoffs.

The company I work for decided to restructure its operations and as part of the exercise, a large number of employees were no longer required. This included a significant number from my team. I went from disbelief to denial, and couldn’t come to terms with the decision. I tried to see if there was any way I could stall it.

Convinced it was a done deal, I decided to resign.

A well-wisher who urged me not to, made cogent arguments against my decision. He said, ‘I hope you know your resignation is not going to stop the retrenchment. It may be your escape route but what good is going to come out of it? With you around, there is a greater chance of it being handled better.’

I slept over it.

The next morning, I began to see it more clearly. My exit would mean turning a blind eye to something that is inevitable. I may feel I was not a part of it, but how will it change things for those whose jobs are at stake.

The tech industry has seen a string of layoffs this year in the face of uncertain economic conditions. From Microsoft, Netflix, Lyft, Stripe, Coinbase, Shopify, to Tesla, Snap, and Unacademy, thousands of jobs have been lost.

Can layoffs be prevented?

As painful as it may be, such decisions are at times required during the tenure of the organisation. It happens in the best of companies, if the business environment turns south. A certain percentage or number of employees may need to be relieved of their responsibilities to ensure the long-term continuity of the business.

If you are laid off by the company you work for, does it mean you are fired?

No. If you are fired, the company considers that your actions have caused the termination. Being laid off means you have lost your job due to changes that the company has decided to make on its end. You didn’t necessarily do anything wrong. The business needs of the organisation you worked in may have required what is now euphemistically referred to as “rightsizing”.

When it happens, there’s always mixed reactions among those affected. Some take it on their chin while a few turn bitter.

Traditional media reports it as a news item. Social media may generate more heat with strong opinions expressed on both sides.

Having seen it closely and known of many such instances across sectors and geographies, I no longer dwell on why it happens. Layoffs have been a part of the past, present and will continue to remain in the future. It’s not going away.

What is crucial is how the company handles this process when it happens.

While a generous severance pay does help in the short-term, there are other ways in which the organisation can cushion the blow. From offering outplacement services, extended medical insurance, to handling the process with sensitivity, there are ways in which it can walk the extra mile in reaching out to those who stand to lose their jobs.

A few years ago, my counterpart in a competing network called me. She said that owing to the business environment, the company where she works has taken a difficult decision to trim its workforce across functions and she wanted to check if we had any requirements.

I asked her to share the details which she did officially in an email marked to me. She even copied her HR colleagues on the same. We didn’t have many open positions then, but I do remember hiring one or two members from that list.

I have no knowledge if there is any precedent of similar incidents in the media or other sectors but this episode will always remain special to me.

I know it is easier said than done and that in this case it was possible because of the mutual trust and goodwill between her and me. But I do believe this should be the practice wherever possible in similar situations.

How Can You Help?

If you are a team leader and you learn about layoffs in your sector, see if you can reach out. Often there are bright candidates who are just unlucky.

You may be able to hire some fine talent while helping someone bounce back from a job loss.

It’s possible to do business, even with competition if the intent is right and professionals with shared values converge to make it happen.

You may not be able to prevent the inevitable. But you certainly can do whatever it takes to help those find their feet back as soon as possible.

Elephants’ Death By Arrow In Odisha: Forester Suspended; Show Cause Notice To 3 Others