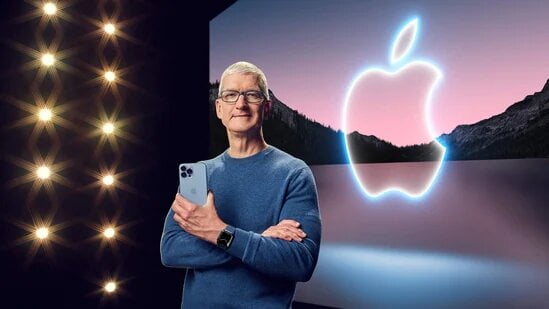 But this time, Apple added an interesting twist to the product launch video this year.

The iPhone 13 launch video from Apple uses a ‘Dum Maaro Dum’-inspired tune to describe the features of its newest phone. The music played during the Apple event 2021 too, when the company’s CEO Tim Cook arrived to present the product line-up at the auditorium in Apple’s headquarters.

“Apple using Dum Maro Dum!” one Twitter user wrote, sharing a clip of the Apple iPhone 13 promotional video which also features the song. In the video, the tune plays in the background as the gadget’s various features, like water resistance and ceramic shield, are highlighted as a delivery person goes through his route.

The iconic tune has been included at the very beginning of the promotional video as a part of the ‘Work All Day’ song by artist Footsie. The guitar rendition of the popular song was hard to miss.

The California-based technology giant presented its newest iPhone variants and other devices late on Tuesday.
“These are the best iPhones we’ve ever created,” Cook said at the event, noting Apple’s work to design the “very best products and services to enrich people’s lives.”

This is not the first time that Apple has used a Bollywood tune in its advertisements. In 2018, Bollywood fans noticed the soundtrack to the  Apple iPhoneX ad sounded very familiar – it came from the song Meri Nazar Hai Tujh Pe from the 1980 film ‘The Burning Train’, also composed by the legendary RD Burman.