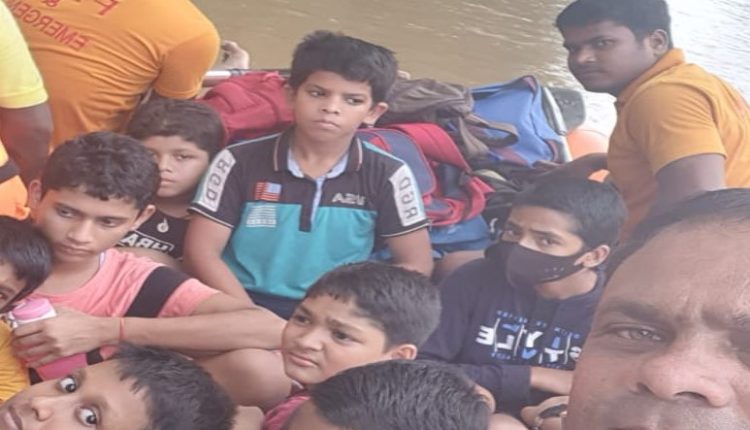 Cuttack: Fire personnel rescued around 700 students of a residential school in Odisha’s Cuttack district on Tuesday.

According to sources, the floodwater of Mahanadi river has entered several parts of the district as well as the city itself. The district administration has taken the help of Fire personnel to rescue the people from waterlogged areas.

As the floodwater entered the low-lying areas of the city, the people moved to higher places including roof tops. The residential school, located in Gatirautpatna under Cuttack  Sadar tehsil, was also rendered waterlogged from all sides.

With the water entering the ground floor of the school hostel, the authorities shifted the boarders to first floor and informed the Fire Brigade. The Fire personnel reached the school in power boats and rescued around 700 boarders to safe places.

A total of 47,551 people in 167 villages located in these blocks have been affected, he said adding that 346 people have been evacuated from vulnerable places and shifted to safe locations.