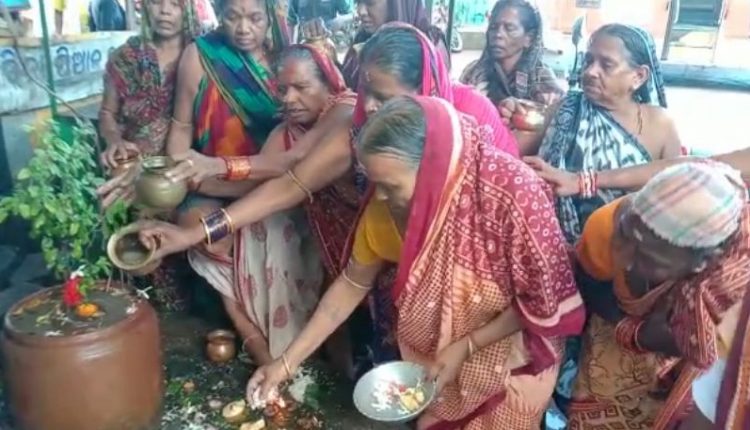 Puri: Thousands of ‘Habishyalis’ thronged the seaside pilgrim town of Puri in Odisha to observe austerity and offer special puja as part of Kartika ‘Brata’ as the holy month began on Monday.

Elaborate arrangements have been made by the government to facilitate hassle-free rituals of the Habishyalis as the elderly women started puja in the morning.

While observing special ‘brata’ during the holy month of Kartika, the Habishyalis, mostly widows, worship the Lord attired in Radha Damodar Besha on the premises of Shree Jagannath temple.

Arrangements have been made by the administration to accommodate over 3,000 Habishyalis at five centres in the pilgrim town. No Habishyali camp was set up for the last two years due to COVID pandemic.

Chief Minister Naveen Patnaik is scheduled to formally inaugurate the special camps set up for the convenience of the elderly women through video conference on Monday evening, Puri Collector Samarth Verma said.

A total of 1600 persons can be accommodated at the newly constructed multi-storied Brundabati Nivas on the Grand Road near the holy Narendra pond, while arrangements have been made at 4 other centres, he said.

Stating that the ‘brata’ observers were served Mahaprasad on Sunday evening, the Collector said that eight priests will help them in performing the recitation of ‘Kartik Mahatmaya’ and ‘Bhagbat’ as per daily routine of ‘brata’ observers.

A team of doctors, Red Cross volunteers and firefighters have also been deployed for the convenience of the Habishyalis, he said. Free transportation of devotees has also been provided.

Verma said registration of names of Habishyalis was done last month and all the rooms have been booked. However, if some people fail to turn up, vacant accommodation can be allotted to others. “We are taking utmost care to ensure that the Habishyalis do not face any form of inconvenience,” he said.

As per religious practices, Habishyalis refrain from eating non-vegetarian food and take food only once in the afternoon which is known as ‘Habisha’, said noted researcher Soumya Ranjan Panda.

Lifeguards are also being deployed at the holy Narendra pond for the safety of Habishyalis, while special arrangements were made for darshan of the deities at Srimandir and partaking Mahaprasad.

Happy over the arrangements made by the government, Rebati Tarei, a Habishyali from Bhadrak district thanked the Chief Minister for the facilities provided to the devotees. “We were taken in a bus to Srimandir for darshan. There were volunteers to look after us,” she said.

Damayanti Behera from Tumudibandha in Kandhamal also thanked Naveen for the arrangements made for the convenience of Habishyalis. “We performed puja rituals in the morning and visited Srimandir where we had smooth darshan of the deities,” she added.