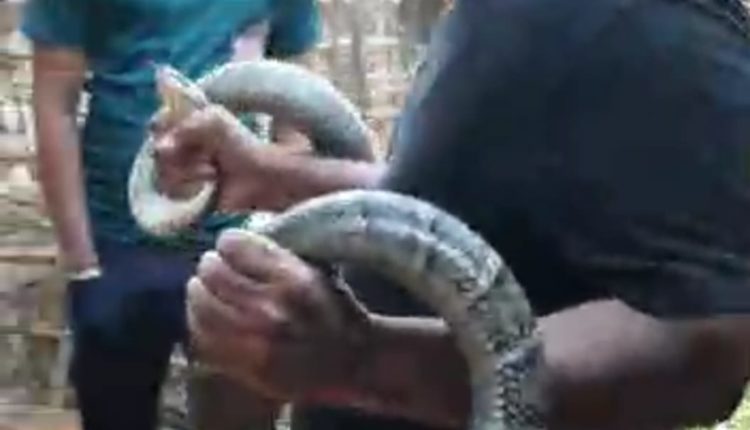 Berhampur: A Banded Krait (Ahiraj), which is a highly poisonous snake, was rescued from a villager’s house in Odisha’s Ganjam district on Tuesday.

The villager, Dhanurdhar Mohanty of Gurujhari village under Khallikote forest range, spotted the snake in a hole on the wall of his bedroom and informed the Snake Helpline.

Snake Helpline members Swapnalok Mishra and Mihir Panda went to the house and identified the snake as Banded Krait. They carefully brought it out of the hole. Later, they put it in a bag and released it in a forest in the presence of Forest officials.

According to general secretary of Snake Helpline Subhendu Mallik, the poison of Banded Krait s neurotoxic. If its bites anybody,  he will die as an anti-venom drug is not available in India, he added.

No Possibility Of Metro Railway Between Twin Cities In Odisha Till 2041: Minister