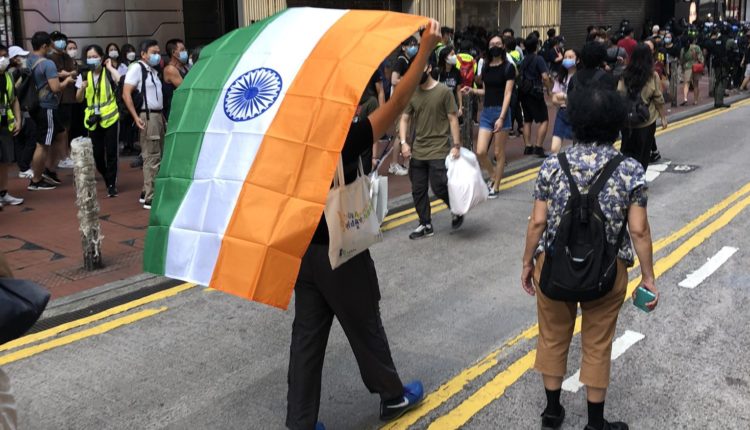 New Delhi: On China’s National Day, a protestor from Hong Kong was seen carrying the Indian Flag over his head.

The protest was held because of the increasing Chinese control over democratic Hong Kong.

Asked why he was carrying the Indian tricolour, the Hong Kong citizen said that he considers India a friend because it is fighting China.

At first, the man was seen carrying the Indian flag around his shoulders and then he slowly raised it above his head. He also started shouting, “Stand with India” while the crowd cheered him.

Thousands of protestors who had gathered at the spot applauded the man for carrying the Indian tricolour.

When Anushka Sharma Made Some Shocking Comments On Deepika Padukone