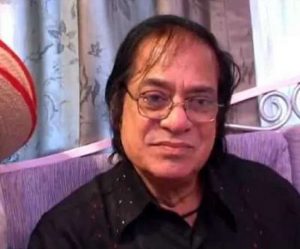 Mumbai: Veteran actor Jagdeep is no more, but the memorable films he was part of will always be cherished by his fans.

Recently, Jagdeep’s son Jaaved Jaaferi shared a video of his father in which the late comedian talks about his journey in Bollywood.

In the video, Jagdeep revealed that he was paid Rs 6 for his first role as a child artist in BR Chopra’s film ‘Afsana’. The actor talked about the hardships he went through before entering the industry.

But once he stepped into the film industry, there was no looking back for him. He was admired for his fine acting skills and started getting several roles.

Talking about his first role, Jagdeep said, “I met a man on the streets and he asked me if I wanted to work in films. I hadn’t watched a film till then — I was nine then. I simply asked him what work it would involve. He told me I need to act in films, I just asked him how much would it pay, and he told me I’d get Rs 3. I agreed and he told me he’d pick me up the next day.”

“My mom accompanied me to the sets and it was BR Chopra’s Afsana. It had a scene with a kids’ play on stage and kids were also watching it. I was in the audience. There was an Urdu dialogue in the scene — Urdu is my mother tongue — and some of the kids were Gujarati, some were Marathi, they could not say it correctly. So, they asked if anyone in the audience could speak Urdu. When I got to know that I will get Rs 6 instead of 3, I raised my hand. Yash Chopra was an assistant director there, and he asked me to try. I succeeded and was asked to do the part. That is how my journey in films began,” he said.

Jagdeep was just nine when he bagged the role in BR Chopra’s 1951 film ‘Afsana’.

Along with the inspiring video of his father, Jaaved tweeted, “Thank you @BrutIndia for posting this wonderful and inspiring interview.”

The video was originally shared by BrutIndia.

Thank you @BrutIndia for posting this wonderful and inspiring interview ??❤️ https://t.co/Ohp18kV23s

Police To Distribute Corona Masks In This Odisha City