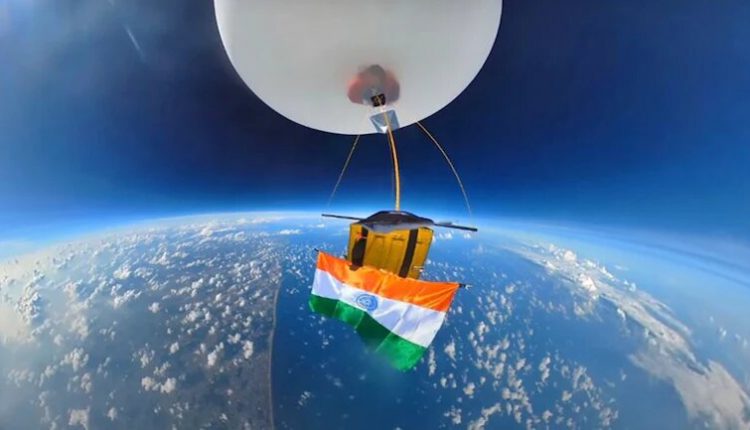 The event was part of the Azadi ka Amrit Mahotsav slogan and under the Har Ghar Tiranga campaign launched by Prime Minister Narendra Modi to celebrate the historic anniversary, India Today reported.

Space Kidz India creates “young scientists for the country and spreading awareness among children for a borderless world.” The organisation recently launched a satellite into Low Earth Orbit. AzadiSAT was developed by 750 girl students from across India to mark the 75 years of Independence.

While the satellite was lost, due to orbital issues, as the Small Satellite Launch Vehicle (SSLV) that launched it into space failed to place it into a circular orbit around the planet, the organisation managed to create an ecosystem and a process to develop small satellites, the report added.

Indian-American astronaut Raja Chari also congratulated India and said “Nasa and Isro have a long history of cooperation, going back to early days of space age when Nasa worked with Isro on sounding rockets in India. The cooperation continues today as we work on joint space and Earth science missions.”

On Indian Independence eve I’m reminded of Indian diaspora that I could see from @Space_Station where my immigrant father’s home town of Hyderabad shines bright. @nasa is just 1 place Indian Americans make a difference every day. Looking forward to @IndianEmbassyUS celebration pic.twitter.com/4eXWHd49q6