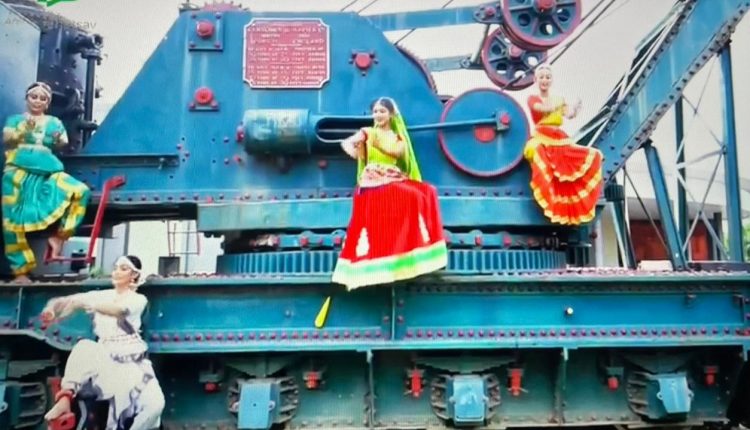 New Delhi: Remember ‘Mile Sur Mera Tumhara’ that gave us goosebumps back in the 1980s and welled up the spirit of patriotism in every Indian?

Well, Indian Railways has made us nostalgic once again. It took to Twitter on Friday to post a video. The Ministry of Railways recreated the iconic song by Pandit Bhimsen Joshi after 33 years. The reprised version of the song and the video have gone viral.

The music video showcases picturesque locations and railway stations from all across the country and also has appearances made by various famous Indian personalities. It is a part of the Azaadi Ka Amrit Mahotsav, an initiative taken by the Government of India to celebrate 75 years of independence.

The new version has scenes from the Tokyo Olympics. The winning moments of Mirabai Chanu, Neeraj Chopra and Ravi Dahiya, among others, can also be seen. Shuttler PV Sindhu has made a brief appearance and at the end of the video, Minister of Railways Ashwini Vaishnaw is seen singing the National anthem with a couple of officials.

The video has been viewed almost 27,000 times since being uploaded.

Mile Sur Mera Tumhara was released in the year 1988. It played right after the Prime Minister’s address on Independence Day. The song was sung by Pandit Bhimsen Joshi and it featured popular celebrities like Lata Mangeshkar, Hema Malini and Kamal Haasan among others. the lyrics were penned by Piyush Pandey.