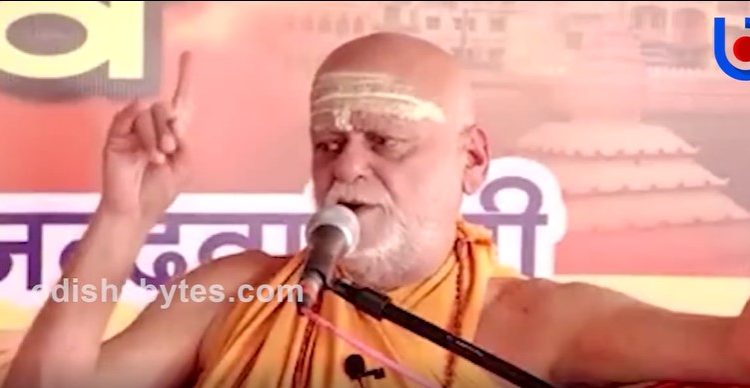 “Jesus was the disciple of the Vaishnava sect. “Isa Masih das varsho tak agyatvas me Bharat me rahe (Jesus Christ stayed in seclusion in India for 10 years),” Shankaracharya said during his visit to Raipur on Saturday.

Shankaracharya added that out of the 10 years, Christ stayed for three years in Puri and was in touch with the then Shankaracharya.

He also said that an attempt is being made to make Hindus a minority through reservation.

The remarks by the well-respected Hindu sage on Jesus have hurt the religious sentiments of the Christian community and they questioned his knowledge as well as motive.

“We are appalled to hear such remarks from someone of his stature. Something that has remained a fact for centuries in history can’t be changed. Swami Saraswati as a religious leader needs to be careful while giving such statements,” TNIE quoted Victor Henry, the Archbishop of Chhattisgarh, as saying.

The archbishop added that the fact has been covered in history for centuries and cannot be changed. “He should be careful while making such statements. He should confine himself to the sphere of guiding the followers of his religion,” he said.

Notably, the issue of religious conversion and the presence of a number of churches have often led to controversies in Assembly polls in Chhattisgarh.

It is pertinent to mention here that Puri Shankarachaya had recently slammed the rationalists for conducting a biryani feast in Odisha’s capital during the solar eclipse.