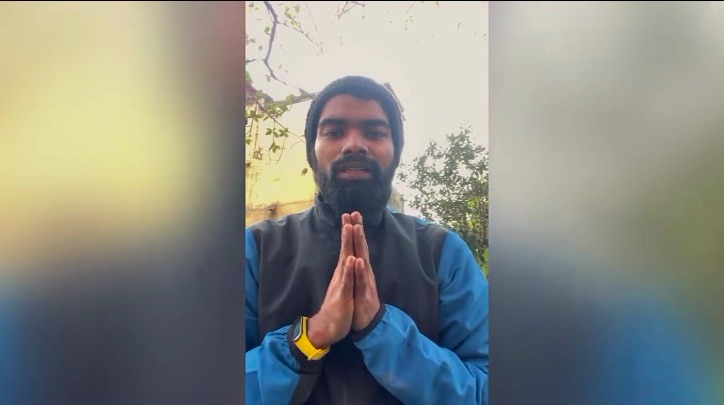 Puri: A day after a video of close aerial views of Jagannath Temple in Odisha’s Puri went viral, Kolkata-based YouTuber Animesh Chakraborty on Sunday apologised for flying the drone equipped with a high-definition camera over the 12th-century temple without permission.

He came up with the clarification after facing wrath on social media for allegedly demanding a huge amount per drone shot of the temple.

Stating that it was ‘unintentional’, Animesh said that he had a registered drone and it did not notify me that the Jagannath Temple is ‘no-fly’ zone. “I did not receive any notification on my drone when I shot the video of Puri Srimandir,” he said in the YouTube post.

He further said that he had visited Puri around 2-3 months back for taking aerial images of the temple with permission from the Puri police. “Everything happened hurriedly and I failed to ask the police for the shooting due to a shortage of time and incessant rain,” he said.

He, however, refuted the allegation that he sold the footage for Rs 20,000. “I demanded Rs 20,000 after some mediaperson asked one of my associates for the exclusive drone shots as I was aware of the fact that no individual will pay this large amount for the footage.”

Animesh said that he uploaded the drone shots on his YouTube channel on November 19 after he found many videos on Puri Srimandir on social media platforms and blogs. “I thought there is no restriction in uploading such materials on YouTube. I gave credit to Puri police in the post so that no blogger can fly the drone randomly over the area,” he clarified.

He apologised to Puri SP for using his name for flying a drone over the temple without permission. “I am extremely sorry for my mistake. Please forgive me Lord Jagannath,” he said with folded hands.

After the matter came to the fore, Shree Jagannath Temple Administration (SJTA) initiated a probe into the incident.

It may be noted here that the Shree Jagannath Temple Administration (SJTA) lodged a complaint with Singhadwar Police last month after the pictures of the sanctum sanctorum of the Temple went viral on social media. Subsequently, a youth from Bangladesh was arrested for capturing the photo and posting on his Facebook account.