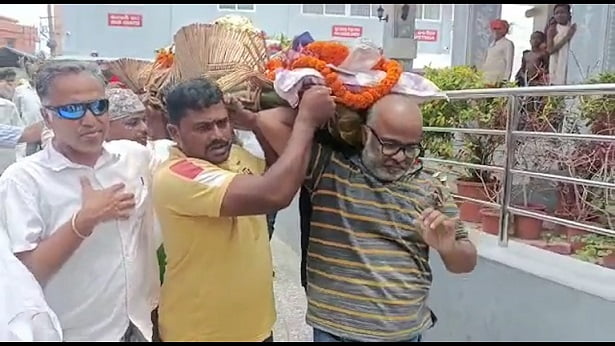 Puri: Eminent litterateur Rajat Kar, who passed away at a private hospital in Odisha’s capital on Sunday following a cardiac arrest, was cremated with full state honours at Swargadwar in Puri on Monday. He was 88.

Kar was accorded a guard of honour at Swargadwar by the Puri district administration. His eldest son Ranjit performed his last rites.

A prolific writer, Kar was known for his contribution to Upendra Bhanja literature. He wrote around seven non-fiction books and several books on Jagannath culture.

Kar was conferred Padma Shri for his contribution to literature and education in 2021.