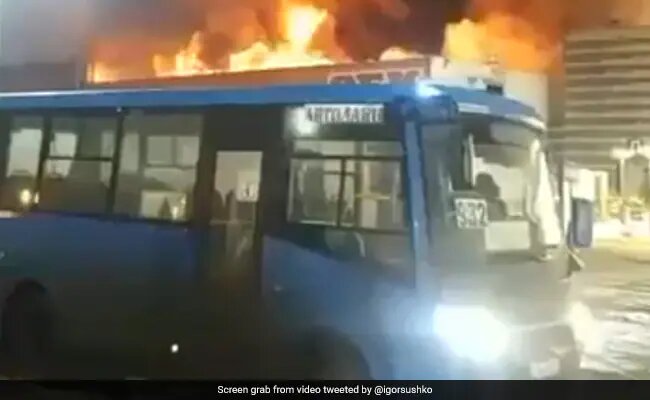 New Delhi: Russian firefighters on Friday battled a massive blaze the size of a football pitch which broke out overnight in a shopping centre in a Moscow suburb, emergency services said, NDTV reported quoting AFP.

In the Moscow region, firefighters are putting out a fire the size of 7,000 square metres (75,300 square feet),” Russia’s Ministry of Emergency Situations said on Telegram. The fire broke out at the Mega Khimki shopping centre in Moscow’s northern suburb of Khimki. Russian news agencies quoted sources in emergency services saying “arson” was suspected as a possible cause of the blaze.

“Deliberate acts, as in arson, is being considered,” the Interfax news agency quoted a source as saying.

Videos on social media showed a huge fire, with people fleeing the burning building into a parking lot.

Mega Khimki, a large shopping and entertainment centre, is about 7 kilometres from Moscow’s Sheremetyevo Airport. The fire is ongoing as of 9 am local time (0600 GMT).

#Russia on 🔥: Shopping mall in #Moscow is on fire, with intermittent explosions. pic.twitter.com/gfd0xzolIU