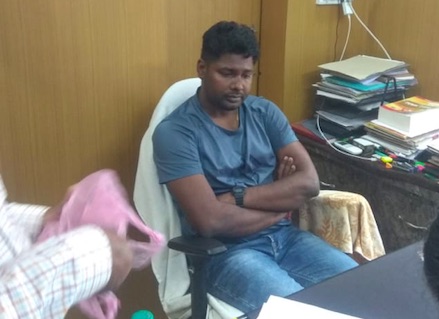 Bhubaneswar: Odisha DGP has suspended Alok Kumar Behera, inspector in-charge (IIC) of Sindhekela police station in Balangir district, who was earlier arrested on charges of accepting Rs 25,000 bribe from an accused to show him leniency in a case.

“Duirng suspension, he will remain under the disciplinary control of Balanagir SP,” the official notice said.

According to sources, Behera had threatened to drag the accused’s wife also in the case and demanded a bribe to spare her.

Following the trap, simultaneous searches were launched at his residence in Balangir and his parent’s house in Cuttack to know whether he had amassed disproportionate assets. 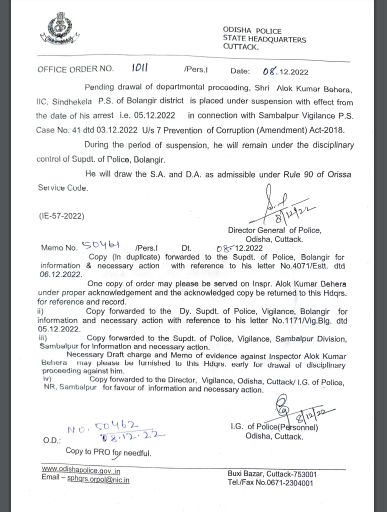