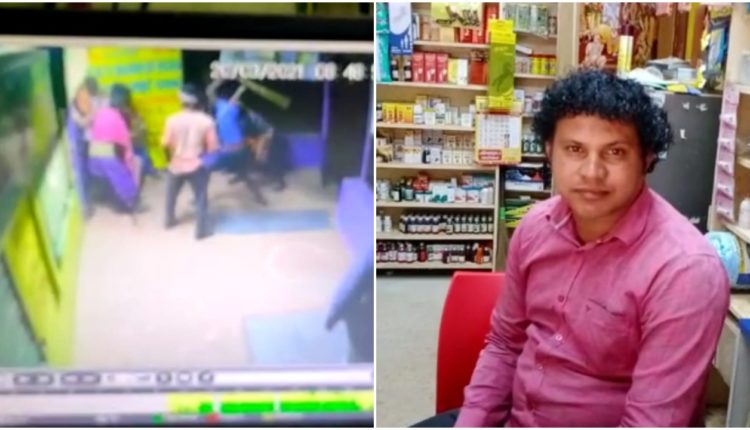 Nabarangpur: A medicine shop owner in the town sustained injuries after he was beaten up mercilessly by some miscreants.

The video of the attack, which has gone viral on social media, shows 8-9 persons arriving at the medicine shop t around 8.30 pm on March 20 and asking its owner Kanhu Charan Das to come out. As Das does not out and closes the grill door, they are seen trying to break it open with shovels, sticks and other weapons.

Later, the miscreants managed to drag Das out of the shop through a small opening in the grill door and beat up him. Das attempted to save himself by counter-attacking the miscreants, but he was outnumbered and thrashed. The entire incident has been captured in the CCTV camera installed outside the shop.

Das, who sustained injuries in legs and head, filed an FIR at Nabaragpur police station alleging that the members of the Pujari family in the town were involved in the attack. He also claimed that they had snatched his gold chain and other valuable items.