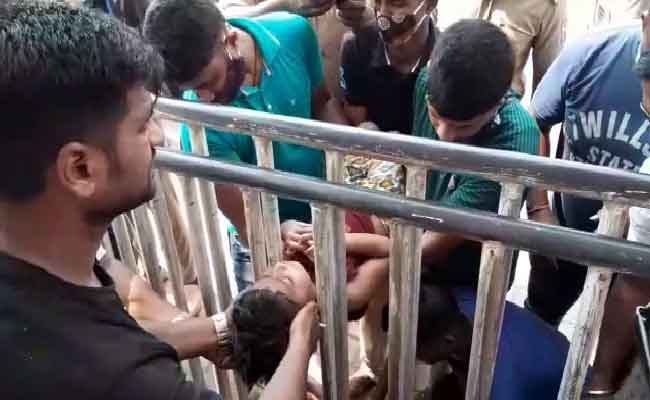 Puri: Police and fire brigade rescued a 4-year-old girl, whose head accidentally got stuck in the iron barricade near Jagannath Temple here on Saturday.

According to sources, a family from Bhawanipatna in Odisha’s Kalahandi district had come for the darshan of the Lords this morning. The incident took place when they went to the shoe stand near the Simhadwar of the temple to collect their shoes.

After entering her head into the gaps in the barricade, the girl started crying as she was unable to pull it out. The family members requested some locals for help.

When they failed in their efforts, they informed the Town Police, who along with the fire brigade rushed to the spot and freed the child by cutting the railings.

Talking to the media, the father of the girl said the life of his daughter was saved due to the grace of Lord Jagannath and the cooperation of the people.

COVID-19 Scare: Night Curfew To Be Imposed In 10 Odisha Districts From April 5