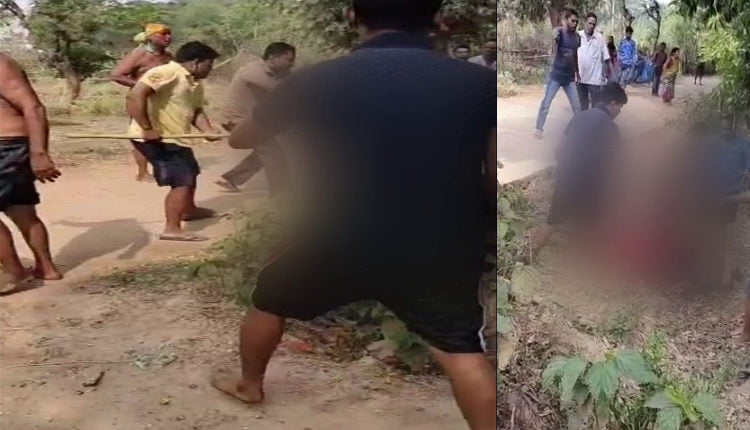 Kendrapada: A woman had to pay a heavy price for a long-standing dispute with her neighbours in Kora village under the Nikirai police station in the district on Saturday. A video of some villagers allegedly stripping the woman and brutally assaulting her has gone viral.

In the video, which can be seen on various social networking sites, the villagers are seen disrobing the woman, kicking and punching her multiple times and mercilessly assaulting her with bamboos.

Reports suggest that the woman’s family had an unresolved dispute with the nieghbours. On Saturday morning,  both the families had heated arguments following which the neighbours got aggressive, assaulted the woman and stripped her.