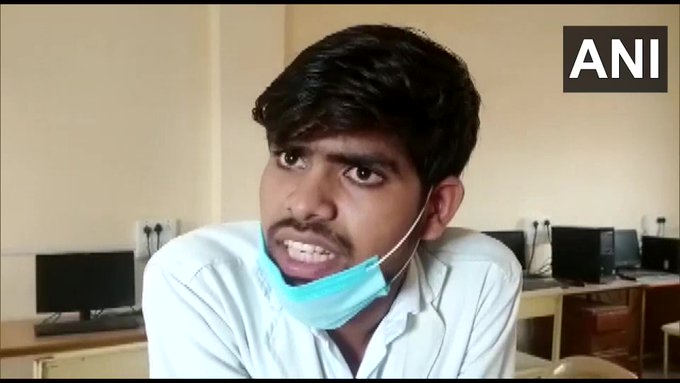 Bhopal: A health worker in Madhya Pradesh used a single syringe to vaccinate 30 school students against COVID-19 in the Sagar district 150km from the state capital Bhopal.

The health worker, Jitendra Ahirwar, said it wasn’t his fault and he was given only one syringe and the vaccine vials to administer the vaccines. “I followed what I have told to do,” he said on a video, presumed to have been recorded by a parent at the vaccination site, Sagar’s Jain Public School, Hindustan Times reported.

Sagar, MP | Thirty children at a school in Sagar were allegedly vaccinated by a single injection-syringe

We have got the complaint, and the probe is underway. Stringent action will be taken against those found guilty: DK Goswami, CMHO pic.twitter.com/kzPvyK7Y4t

Asked if he was aware that one syringe should not be used to inject multiple people, Jitendra shot back, said, “I know that. Which is why I asked them if I have to use just one syringe and they said ‘yes’. so I used one syringe. How it is it my fault”.

Kshitij Singhal, Sagar district’s collector in-charge said the health department has filed a complaint with the police against the health worker.

“A vaccination session was organised for the students in Jain Public School, as part of the Covid 19 Vaccination Maha Abhiyan. During the vaccination session, some parents complained that he vaccinated more than one child with the same syringe. Due to the seriousness of the complaint, the chief medical and health officer (CMHO) inspected the site to probe the matter and it was found to be true.”

CMHO DK Goswami was quoted as saying that an investigation into the incident is underway. “Stringent action will be taken against those found guilty,” the report said.

Singhal added that an inquiry has also been ordered against the district immunization officer Dr Rakesh Roshan.

He Vaccinated 30 Students With 1 Syringe, Then Asked “How Is It My Fault”https://t.co/j8NqTdUqxd