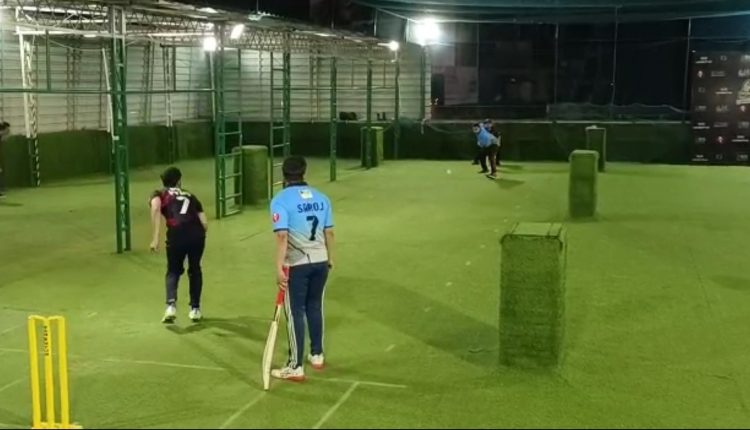 Cuttack: Cricket, the most popular sport in the country, has assumed a new avatar in Odisha’s Cuttack. Now, the cricket lovers in the Silver City have taken to ‘terrace cricket’ in a big way.

The terrace cricket was started as part of exercise regime by fitness centre, Momentum Gym at Matamatha in the city, to involve and motivate its members to go for rigorous workouts. Initially, they were engaged in friendly cricket practice on the terrace of the building where the gym is located. But in the last two years, the bat and ball game has moved a niche higher from gully (lanes) to terrace catching the fancy of the cricket lovers.

The terrace game not only attracted the gym members but also the people of the ‘sahi’ (locality). Apart from players, the games drew spectators also. With the swelling popularity, the gym management made all arrangements to give it the shape of a tournament.

The terrace of the 4-storey building is covered by wall-to-wall synthetic carpet with a mat spread out in the middle to serve as pitch. The entire area is covered by nets to prevent the ball from moving outside. As the game is played mostly at night, the entire is fitted with flood lights to give an impression of indoor stadium.

To give a feel of a true tournament apropos T20 matches, there are also cheer leaders and a theme music is played in the background when the players enter the ground.

In the first season of terrace cricket, 3 teams had participated, while in the second season saw participation of 5 teams. Considering the gaining popularity of the game, the organisers are planning to go for its promotion to take it to a higher level.

“Last year, we started the tournament with 3 teams as a challenge to bring entertainment to fitness exercises. Since it was successful and there was a heavy demand from several cricket teams of the city for participation, we included 5 teams this year. We have also been approached by teams from outside the city and plan to include them in next season,” said Dr Subhakant, one of the organisers.

“It is a totally new experience. We are all close friends. But once we step in to play, a sense of competition comes in. This game has its own rules and is very helpful to keep fit. I feel it rightly serves the purpose of the organisers of mixing fitness and entertainment,” said Ritesh Mohanty, a player.