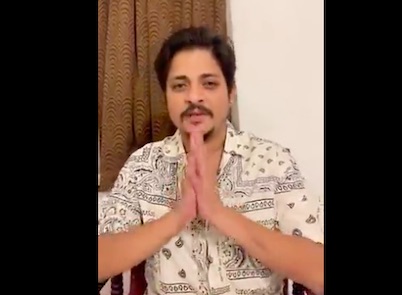 “The person in the video, which went viral yesterday, is a very good friend of mine. She has neither blackmailed me nor taken money from me or troubled me. Instead, she has always supported me,” he said.

The high drama had unfolded in Satya Nagar area on Saturday morning when the actor’s wife Trupti Satapathy intercepted a white SUV, which was being driven by her husband with the actress sitting beside him. She was then seen trying to drag her husband out of the car. She also assaulted Prakruti by grabbing her and her hair from the back seat of the car.

The incident took place while they were reportedly on their way to Chennai to attend an event on the invitation of Utkal Association of Madras.

The actor said that he has been able to return since his producer has asked to stay put there because of this viral video.

Notably, Babushaan married childhood friend Trupti in 2014 and they have a son.

Also Read: ‘Bad Company Has Ruined Babushaan… His Call Records Should Be Checked, Who Called Him, Why… Some People Harming Him’

His mother Aparajita Mohanty, also an actress, told the media that he had fallen into bad company and suspected that someone was blackmailing him. Trupti in her police complaint alleged that Prakruti established a relationship with her husband to boost her career as well as to fulfill her financial needs by providing him with alcohol and ganja.

Earlier in the day, Prakruti had strongly reacted to these allegation through a video on Instagram.