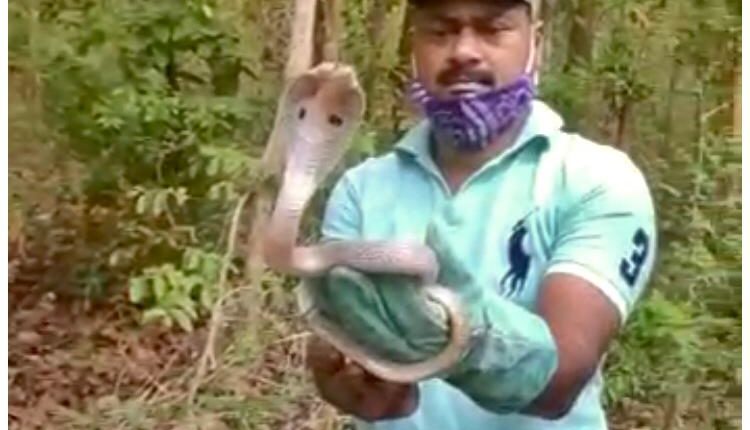 Sonepur: Here is a cop who catches snakes with as much confidence as he nabs criminals. The only difference is that in the case of snakes, however poisonous they may be, he releases them into the jungle instead of holding them captive.

Snakes don’t intimidate constable Pramod Dasia of Ramapur village under Dunguripali block in Sonepur district. Neither does he intimidate them when he catches them. His training in catching snakes from an Animal Welfare Officer comes in handy. He enjoys an easy relationship with snakes and when he sees one, his only mission is to save it before it is killed.

“Some people beat and kill snakes out of fear. When we hurt them, they also try to bite. The trick is to show them love and give them the confidence that you are not going to hurt them. Rest assured they will not bite,” said Pramod.

It is not an unusual sight to see Pramod giving water and food to the snakes.

“Some snake species have become endangered. It is our duty to save them and release them in their habitat,” said Pramod.

Pramod has taken it upon himself to spread the message of not killing snakes among the villagers.