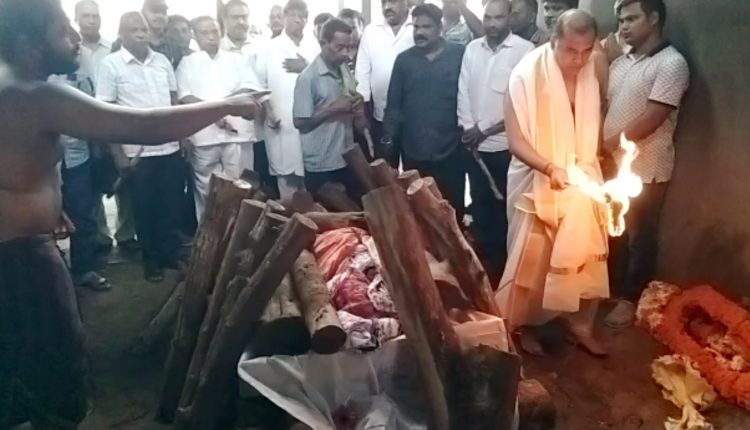 Puri: The remains of veteran Congress leader and eminent social worker from Odisha Jayanti Patnaik were consigned to flames at Swargadwar in Odisha’s Puri town on Thursday.

According to sources, the last rites were performed in the presence of relatives and dignitaries, and his son, Prithvi Ballabh Patnaik lighted the funeral pyre at 2 pm.

Former OPCC president and Jayanti’s son-in-law Niranjan Patnaik was also present and paid his last respect. “She worked with utmost determination since stepping into politics, and her contribution to women empowerment has been exceptional. She will always be remembered as a woman leader,” Niranjan Patnaik said.

It is pertinent to mention here that wife of Janaki Ballabh Patnaik and the first Chairperson of National Commission for Women, Jayanti was rushed to a private hospital around 8 pm as she developed complications and died while undergoing treatment. She was 90.

Her son, daughter Sudatta Patnaik, son-in-law Soumya Ranjan Patnaik and others were also present at the time of her death.