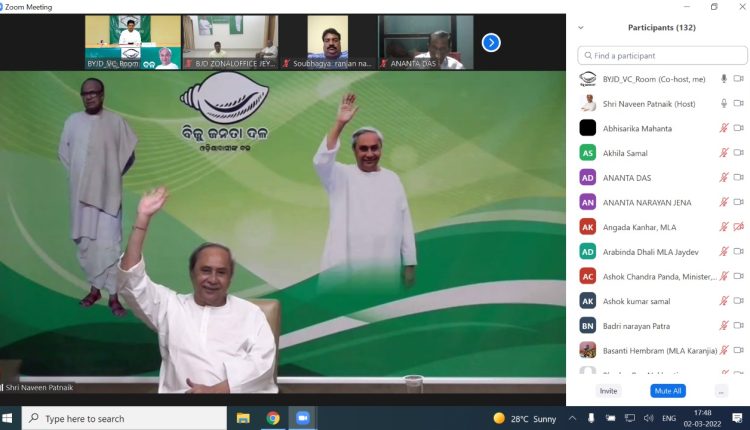 Speaking to BJD MPs, MLAs, district presidents and party officials on preparation for elections to urban local bodies (ULBs) through video-conferencing on Wednesday, Naveen thanked the party workers for their hard work during the panchayat elections and people of the state for reposing confidence in his party.

“The BJD has created a new record in the elections through democratic process with its landslide victory in the panchayat polls. The people across the state have expressed their support for the BJD which would continue to encourage us to work for their welfare. In a democracy, the people’s voice is supreme and we respect it. Their verdict in all the panchayats is clear and unambiguous,” Naveen said. 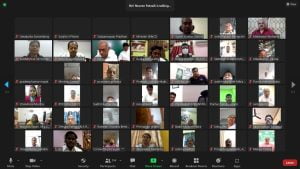 Stating that the opposition parties would resort to negative campaign against the BJD and the state government in urban body elections as they did in panchayat polls, the chief minister advised the party leaders to remain alert about it.

Telling them to remain undeterred by negative politics, Naveen said, “Transformative governance, which is the hallmark of BJD, needs to be highlighted by the candidates in the ULB elections. Various welfare measures taken up by the government for urban areas including street lights, drinking water supply, modern waste management, indoor stadium, online government services should be the focus of our campaign during the elections.”

The BJD has decided to celebrate 106th birth anniversary of legendary leader of the state Biju Patnaik in every constituency on March 5. The party leaders and workers will pay respect to the visionary leader and hold meetings to discuss his life and achievements.

They will make the people aware of the ideologies and principles of Biju Patnaik which have been the guiding force for the BJD in serving the state for more than two decades.

Besides, the party will celebrate International Women’s Day in every constituency on March 8 to highlight the contributions of Biju Patnaik towards women empowerment in the state.