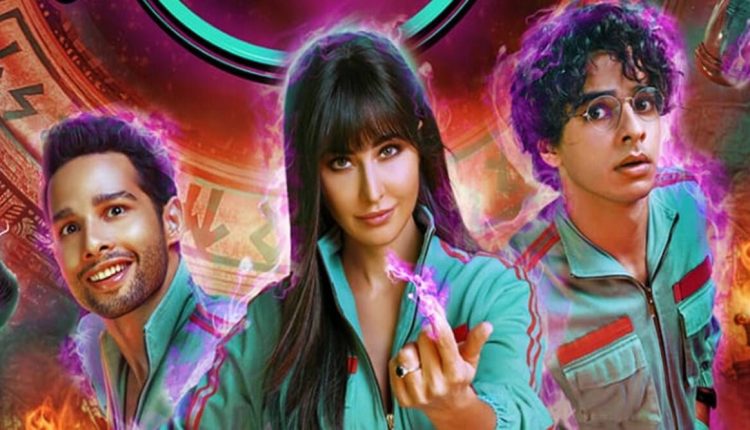 Mumbai: The trailer of Phone Bhoot, starring Siddhant Chaturvedi, Ishaan Khatter and Katrina Kaif, is finally out. Ishaan and Siddhant play ghostbusters in the film, who are on a mission to help ghosts attain “moksha”.

But their mission goes on a different trajectory with the arrival of Katrina Kaif, who plays a ghost in the film and reaches out to Ishaan and Siddhant with a business idea.

However, all hell breaks loose when they face an evil spirit called Atma Raman played by Jackie Shroff, who is determined to foil their plans.

Sheeba Chadha also plays a ghost in the film, lending humour to the storyline. In a hilarious scene, Katrina is seen teaching the pronunciation of the word “moksha” to Sheeba’s character.

Phone Bhoot is directed by Gurmmeet Singh and produced by Farhan Akhtar and Ritesh Sidhwani’s Excel Entertainment. The film is slated for a November 4 release.