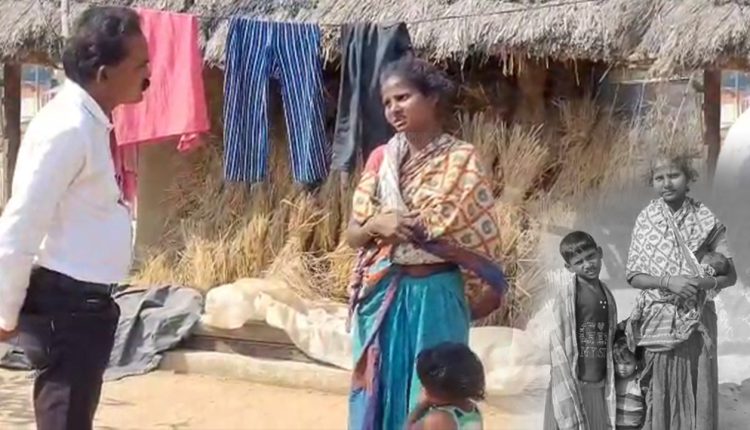 Keonjhar: After reports appeared about attempt by a woman to sell her three-month-old daughter at a village in Odisha’s Keonjhar district, the administration on Monday clarified that a probe into the episode found the allegation incorrect.

Meanwhile, the woman has been assisted immediately with ration and other support and further, her records are being verified to provide eligible government benefits, it said.

Earlier, it was reported that the poverty-stricken woman from Manoharpur village in Salania panchayat of  Keonjhar district was reportedly seen offering her three-month-old daughter for sale at Bishnupur village under Hatadihi block.

However, the woman, identified as Mamata Das, later clarified that she did not want to sell her child.

The husband of the woman died in a road accident seven months ago, leaving Mamata all alone to fend for her four children and herself.

The helpless woman’s plight was compounded as she did not have Aadhaar card or ration card. In the absence of these documents, the widow is deprived of the benefits being provided by the government schemes. She is even unable to get free ration for the family.

According to villagers, the woman had handed over her 10-year-old son to a family a few months back to do some job. Now she lives with her three daughters and finds it tough to sustain the family.

Stating that the woman was doing some odd jobs to eke out a living, they said the state government should extend necessary help to enable her to look after the family.

Anandpur sub-collector said necessary steps are being be taken to provide immediate assistance the distressed family and its members will not be allowed to suffer from hunger.

Made-In-India Hydrogen Train To Be Rolled Out In Dec 2023: Ashwini Vaishnaw