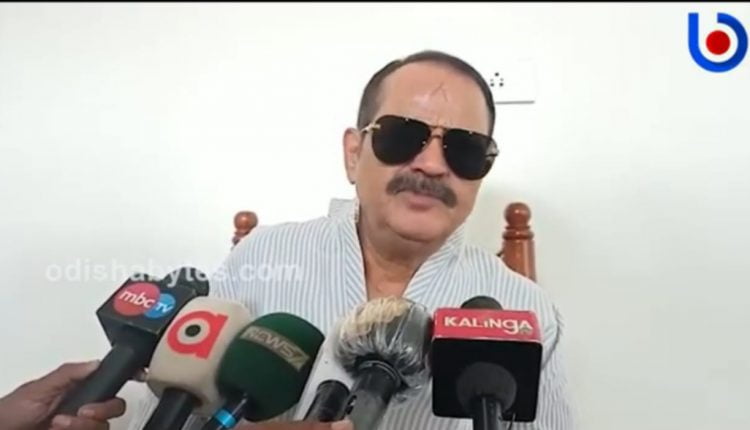 Bhubaneswar: Hours after former MP Pradeep Majhi resigned from the Congress,  Jeypore MLA Tara Prasad Bahinipati dropped a bombshell saying that he quit the party to avoid the blot of suspension.

“He must have got the wind of his suspension and immediately resigned from the party. His resignation will have no impact on Congress,” he said.

The former MP resigned from the primary membership of Congress on Friday. Rumours, however, have been doing the rounds since long about Majhi eyeing a Rajya Sabha seat after allegedly being ignored by the AICC and talks are on with the ruling BJD over the same.

On September 30, to a query on the possibility of him joining the Naveen Patnaik-led party, Majhi had said, “I will consider if I get an offer. There is not much ideological difference between the two parties.”

Bahinipati said that Majhi was never a Congressman. “His father Bhagaban Majhi was a leader of erstwhile Janata Dal (JD). I along with Jaydev Jena had got Majhi inducted into the party. After joining the Congress, he was made the president of the Youth Congress. He was given the posts of president of Nabarangpur Zilla Parishad and tribal cell, all-India General Secretary. Was he eyeing the PM’s post?” he questioned.

The Jeypore MLA said that Majihi quit the party for personal reasons. “He was overambitious for his shoes. Who stopped him from serving the people? Why did he lose two elections if he claimed to have served the people? It is media which has given him the cult status,” he added.

Majhi had lost the 2014 and 2019 parliamentary polls from Nabarangpur to Balabhadra Majhi and Ramesh Majhi of BJD.

The MLA further said that Majhi had betrayed the party to which he owes his political identity.

Senior Congress leader Suresh Routray echoed his views. “Someone who is hungry for power and money, cannot remain stable in one party. Majhi left Congress with a selfish motive. But his resignation won’t impact the party,” he said.

According to political analysts, his quitting the Hand party is a pointer towards the Congress leadership’s lack of vision and seeming disinterest to set the house in order.

The prominent tribal leader can boost BJD’s chances in the forthcoming panchayat elections slated in February 2022 and further consolidate its presence in Nabarangpur and Malkangiri districts.