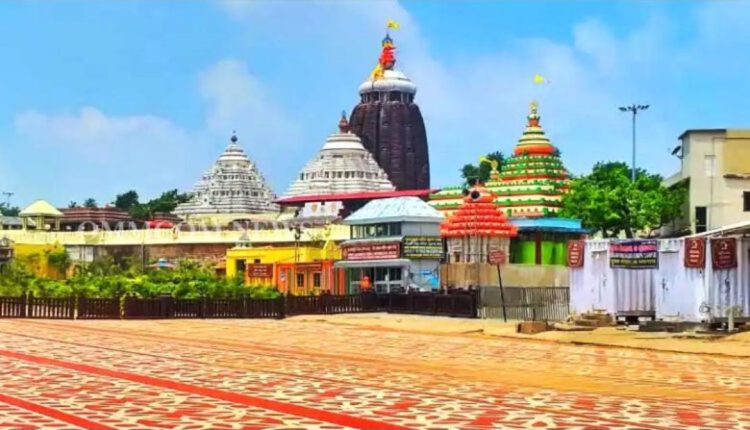 Puri: The Odisha government’s much-publicised heritage corridor around Jagannath Temple here has come under the scanner as certain constructions have allegedly violated the norms of Archaeological Survey of India (ASI).

The land acquisition process for the heritage project was started three years back. Around 600 structures, including hotels, shops, ledges, old mutts of different communities, within 75 metres of the 12th century shrine were demolished after payment of compensation.

Construction of proposed facilities for lakhs of devotees coming to the temple to have darshan of the sibling deities got underway after Chief Minister Naveen Patnaik laid the foundation stone in September last year.

Heavy machines have been deployed for digging up ditches up to 20-25 feet deep and erecting huge pillars for construction of basic facilities. The locals and temple servitors fear these works may affect the shrine’s structure.

“We apprehend that such massive construction work with heavy machinery may affect the basic structure of the ancient temple. The authorities should clarify what facilities they want to build at these places,” said Binayak Das Mohapatra, a temple servitor.

According to ASI norms, no new construction work can be taken up within 100 metre of any ancient structure. The norms, however, give exemption for construction of basic amenities for devotees like toilets, electrical installations, rest sheds and others.

Puri collector Samarth Verma said the construction works are meant for providing facilities for the devotees like toilets, resting places, drinking water provision and others. The district administration has obtained the no objection certification in this regard from the National Monument Authority (NMA) and ASI, he added.

Superintending archaeologist of ASI (Bhubaneswar circle) Arun Mallik told Odisha Bytes that they have not issued any permission for construction of any new structures within the prohibited areas of the Jagannath Temple. When pointed out that the district authorities have claimed to have the no objection certificate from NMA, Mallik denied to make any comment on it but added that such works are illegal.

Das Mohapatra said the local people and servitors welcome the state government’s initiative for the heritage corridor and beautification of the temple surroundings. But it must keep it in mind that the temple is associated with religious sentiments of millions of devotees.

He further said considering the contradictory statements by different authorities, they should clarify the details of the project. “If the heritage corridor project violated the norms, why did ASI remain silent till date?” he asked.

“The central authorities, state government and temple administration must sit together and hammer out differences. It would be beneficial for all if a common statement is issued by the authorities regarding the purpose of the constructions going on in the area,” he said.