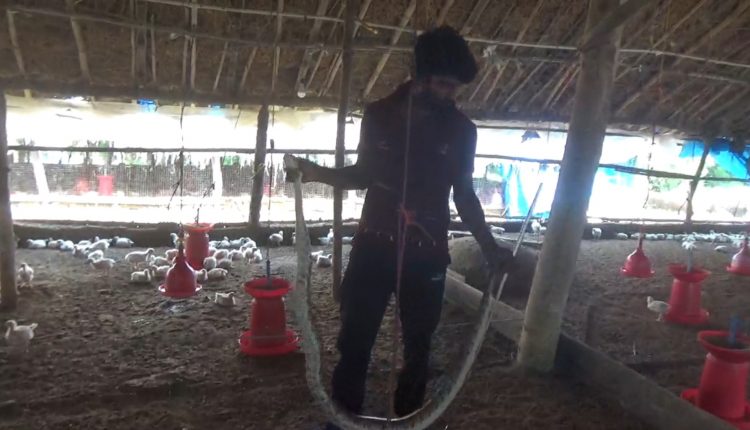 Baripada: A huge python, which feasted on chicken in a poultry farm, was captured in Odisha’s Mayurbhanj on Sunday.

According to sources, when the owner of the farm at Radho village under Kaptipada forest range in the district went to feed the chickens, he found some of them dead. On further search inside the netted structure, he spotted the snake.

On being informed by the farm owner, members of Wildlife Trust of India (WTI) went to the spot and rescued the snake unharmed. They identified as a python and carried out its health check-up. The python, which was found it to be in good health, measured around 8 feet.

Dr Manjit of WTI said, “The python might have come to the farm on the smell of chickens in the farm and entered it on Saturday night. It has already eaten 3-4 chickens and attacked 3-4 others.”

Later, the WTI team took the rescued python to a nearby forest and released it there.